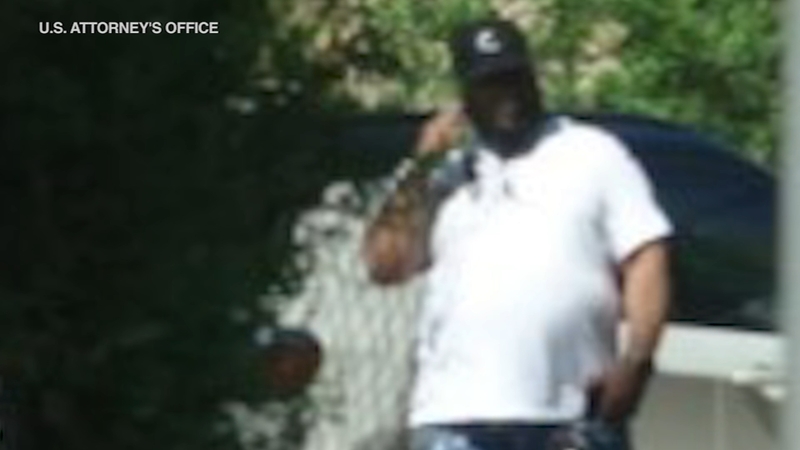 A convicted killer and a prime target of the government's extensive drug and gun trafficking investigation against Black Disciple street gang members has been released from custody after a federal judge dismissed the case against him, the ABC7 I-Team has learned.

Shongo Collier, 48, of Riverdale, had been charged with supplying heroin and fentanyl to gang dealers and had been under FBI surveillance since last summer during alleged transactions with a co-defendant and an undercover informant, according to charges filed on July 29.

Such a wholesale dismissal of charges during a defendant's preliminary examination in court is extremely rare, former federal prosecutor Gil Soffer told the I-Team. Soffer is ABC7's legal analyst.

The announcement of federal charges against 23 accused Black Disciple gang operatives came with fanfare by federal prosecutors and law enforcement agencies in Chicago during a news conference convened to unveil the case in late July.

There was no such pageantry last Friday when U.S. District Court Magistrate Judge Young Kim found insufficient evidence to charge Collier with federal drug crimes or continue to hold him. It was only a review of court records by the I-Team, and confirmation from prosecutors and defense attorneys, that the information has publicly surfaced.

According to sources familiar with the case, the decision by Judge Kim followed a several hours long virtual preliminary exam that focused on evidence the government claimed linked Shongo to an expansive drug network operated by the Black Disciples...including the use of a nickname "Go" that federal agents said referred to Shongo.

The judge also examined a government conclusion that Shongo's car directly linked him to the alleged drug racket even though he wasn't seen in the vehicle and the identification of Shongo provided by a confidential informant.

Shongo is partial owner of the chicken restaurant Wings Around the World on W. 61st street. His attorney declined to be interviewed for the ABC7 report.

On Thursday a spokesman for the U.S. Attorney in Chicago told the I-Team that, "The magistrate judge dismissed it. He made a finding of lack of probable cause after a preliminary hearing. We disagreed with the decision and objected to the dismissal."

The action does not prohibit prosecutors from asking a federal grand jury to indict Shongo on the very same charges, something that Soffer expects will occur.

"There's no jeopardy that attaches to this judge's finding of no probable cause" said Soffer. "The government is free to gather more evidence, present it to a grand jury and obtain an indictment. And that is certainly what they're going to try to do."

Shongo does have a previous criminal record, although Soffer says that usually wouldn't be taken into account during the probable cause stage of a court case.