Are the best deals still on Black Friday? 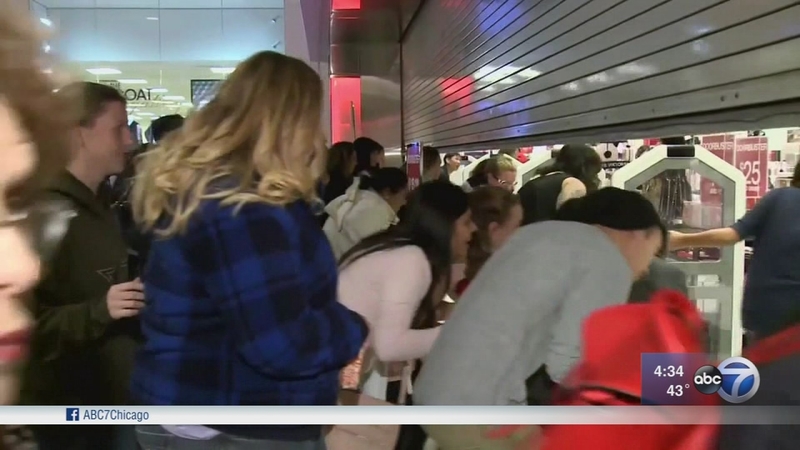 Does Black Friday still have the best deals?

CHICAGO (WLS) -- Serious shoppers are already making their post-Thanksgiving plans for Black Friday. Everyone is looking for a deal, but will they find a bargain?

Stores are already gearing up for the crush of bargain hunters, but the frenzy may not be as great as in previous years. Many shoppers are not quite sold on going to stores on Black Friday.

Marlon Cooper loves a deal, but don't expect to find him in the stores shopping on Black Friday.

"For the extra money and the craziness that you see, it's not worth it," he said.

And he won't be alone. According to a recent national survey, people are showing less interest in fighting crowds for shopping deals the day after Thanksgiving.

"Too many people," said Rosetta Neighbor, a holiday shopper.

Many stores will open on Thanksgiving Day, but experts say big deals will be around all week.

The new report by Bankrate.com shows only 23 percent of consumers say they'll shop in stores the day after the holiday. That's down from 28 percent back in 2014, when there was a rush to get the best deals because Black Friday was just one day.

"Over the last couple years, it's expanded. It used to be two days, then a week. Now it's a month or more of these discounts," said Mike Cetera, a retail analyst at Bankrate.com.

"Customers shop in different ways and so we want to be there for them wherever and however way they want to shop," said Erica Jones, a Walmart spokesperson.

The poll also shows 53 percent of those surveyed say they don't plan on doing any shopping on Thanksgiving, Black Friday or on Cyber Monday.

Despite the decrease, industry experts say Black Friday sales are expected to increase around 2.5 percent over last year, with millennials most likely to shop the day after Thanksgiving.

"It's fun because you get to spend time with your family, have quality time and just to shop," said Anna Garcia, a holiday shopper.

And for those looking for a bargain after this weekend, Cyber Monday is sure to be a hit as online shoppers are being warned to watch for scams and fake shopping websites.