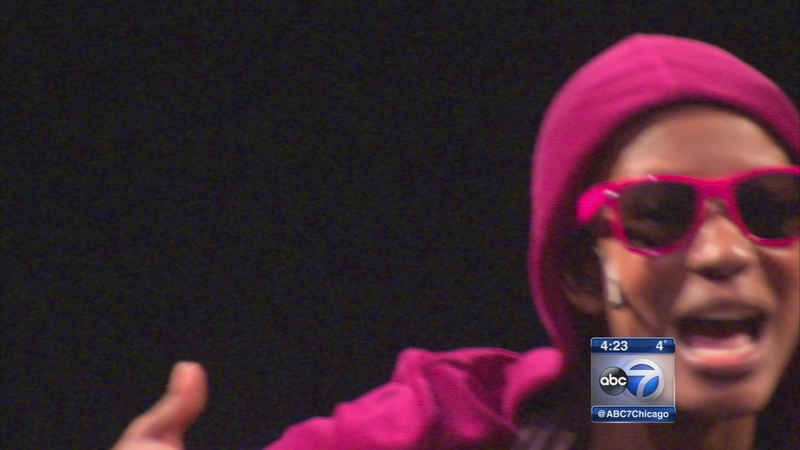 CHICAGO (WLS) -- A young actor transforms into several figures with Chicago ties who worked to help bring about change in "The MLK Project: The Fight for Civil Rights."

"A lot of times when you're reading history in a book, it's kind of detached from you, but once we add in the rap music they're like, 'Wait now I'm learning about Emmitt Till, but there's this beat underneath it and I get to participate in this call and response,' so immediately they're engaged.

She transforms into a variety of people, including an elderly community organizer, a Jewish woman known as the "mayor" of Rogers Park and Dr. Margaret Burroughs, who founded the DuSable Museum.

The tour through the Civil Rights era also updates the movement, including recent protests after the shooting deaths Trayvon Martin and Michael Brown.

The message seems to resonate with the youth.

"Since we're younger kids, the hip hop and all that caught our attention more and we were probably more eager to understand the civil rights movement," said Felecia Smith.

"It just shows us that more than African Americans were being discriminated against," Talicia Bolden said.

"They were fighting them but they did not fight back they held their peace and held their ground," said Precious McLaurin.

"It was a lot of similarities," said Seneal Harmon. "Back then it was more of a push, but now today in our version there's more work that needs to be done."

"The MLK Project" is a production of the Writer's Theatre Group. It is currently touring the Chicago Public Schools.