Black History Month to be celebrated with news, programming, vignettes on ABC7 Chicago CHICAGO (WLS) -- ABC7 is proud to celebrate Black History Month with special news reports, programming and vignettes throughout February. Special presentations of "OUR CHICAGO: Building Black" (formerly "Heart & Soul"), an ABC7 series that taps into the essence of Chicago's Black community, will air twice: Saturday, Feb. 26, at 6 p.m. and Sunday, Feb. 27, at 11 p.m. Winner of three Chicago Emmy Awards, "OUR CHICAGO: Building Black" is hosted by ABC7's Cheryl Burton and Hosea Sanders, with contributions from Jim Rose, Val Warner and Will Jones.

During Black History Month and throughout the year, ABC7 Eyewitness News will feature reports shining a light on the many important stories in Chicago's vibrant Black community. "Where Black History Month Began" will be one of the first stories to celebrate the month. From a revitalizing neighborhood construction project to programs that help fortify the mind, body and spirit, the half-hour special "OUR CHICAGO: Building Black" will explore Chicago stories working to build new opportunities in the Black community.

Cheryl Burton talks to two developers, Derek Dudley and Jim Reynolds, who in partnership with Chicago-born rapper Common are investing in the South Side with the Regal Mile Studios development. They are hoping to breathe new life into this area and change the perception of the South Side, envisioning film, TV and music production studios constructed on the vacant property where U.S. Steel closed its manufacturing plant in 1992.

Another story will profile Pink Hard Hatz, a Black woman-led construction company hoping to get more women involved in the trade business.

Jim Rose explores SRV Chicago, a nonprofit that provides at-risk athletes free, elite fitness training as well as mentoring to help them prepare for success in sports and in their future careers.

Will Jones talks to Al Person, a West Side entrepreneur who is looking to open Lawndale's only Black-owned supermarket. While also planning to build a cafe and ice cream shop next to the supermarket, Person's primary goal is to bring basic goods and services enjoyed by more affluent areas but lacking in Lawndale.

Val Warner will explore "Black Love," and the history of "jumping the broom" for Black Couples getting married, a tradition that got its start during the time of slavery. Val will talk to a couple who jumped the broom and have been married for many years.

"Windy City WEEKEND" hosts Val Warner and Ryan Chiaverini will also feature special Black History Month stories. The program airs Friday at 11:30 a.m. on ABC7.
- February 11 - The story of Derek Westbrook, a Black sommelier.
- February 18 - Polished Pebbles, a mentoring organization that helps Black and Brown girls achieve their dreams.
- February 25 - Black Love and the history of "jumping the broom," a tradition practiced by many Black couples getting married dating back to the time of slavery.

Additionally, beginning Feb. 1 and throughout Black History Month, ABC7 will also air a series of vignettes including the following: 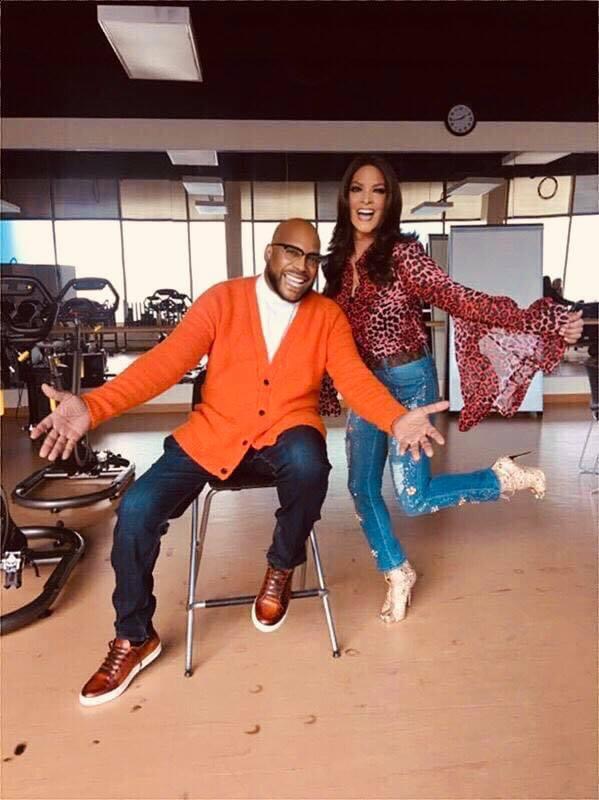 About ABC7/WLS-TV Chicago
ABC7/WLS-TV Chicago is the No. 1 local news source and most-watched television station in Chicago. With top-rated daily newscasts spanning decades and the largest social media presence in the market with more than 2.6 million Facebook followers, ABC7 Eyewitness News provides breaking news, investigative reporting, weather, politics, traffic and sports in the multiplatform space toChicago, the suburbs and northwest Indiana. Named Best News Operation by the Associated Press for four consecutive years, ABC 7 Eyewitness News produces "Chicago Proud," a series of features that spotlights everyday heroes in and around Chicago.The station also produces the highest-rated New Year's Eve special in Chicago, holiday kickoff special "The Magnificent Mile Lights Festival," syndicated to a national audience, as well as the award-winning program series "Our Chicago," which showcases the city's diversity and highlights contributions in the Black, Hispanic, Asian, LGBTQ+ communities, among others.Every Friday, Windy City Weekend, entertains while giving Chicagoans everything they need to know about what's happening in the city. ABC 7 is the only Chicago station producing and broadcasting parades representing Chicago's rich cultural history. In addition to producing town halls focused on current social issues, the station has a long and proud tradition of broadcasting political candidate debates keeping Chicago's electorate informed.ABC7's outreach efforts include annual partnerships with the Red Cross for life-saving blood drives, one of the biggest one-day drives in the country and, most recently, spearheading an effort to raise more than $1.5 million for area food pantries.