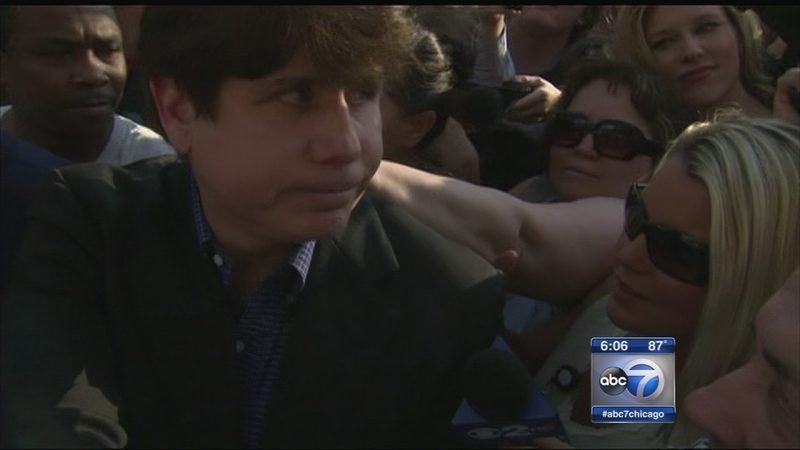 CHICAGO (WLS) -- Former Illinois Governor Rod Blagojevich has made a decision about his legal case. Last week, a federal appeals court in Chicago threw out several counts and his sentence - but left many of the charges intact.

Blagojevich, his lawyers and his wife expressed great disappointment about the appellate decision last week.

The former governor has decided to take it to the banc - "en banc", being the legal term for the entire court of appeals.

The I-Team has exclusively learned that he will ask all of the 7th U.S. Circuit Court of Appeals judges to rule on his case. Last week's decision upholding more than half of the charges was made by the traditional three-judge appellate panel.

"This has been a long road for our family. We've waited a very long time for this decision and we are very disappointed," Patti Blagojevich said on July 21.

It was clear from the instant reaction nine days ago that the Blagojevich team was not going to give up.

"The evidence that would have acquitted him was excluded at trial and my advice to the governor is that he should fight on," said Leonard Goodman, Blagojevich attorney, on July 21.

Despite winning reversals on five conviction counts, the panel of judges that heard the Blagojevich appeal had upheld 13 counts - including serious corruption charges that could still keep him locked up for more than a decade.

"This may not be the end of it. Also, his lawyers have the opportunity of asking the entire 7th Circuit to see it 'en banc.' Maybe we'll get a different ruling that way," said Sam Adam Jr., former Blagojevich attorney.

Goodman said that they are going to petition for a "en banc" rehearing with the full 7th Circuit Court.

If the petition is granted- and it is never a certainty- that would mean Blagojevich's appeal would be reheard by all the judges of the 7th Circuit Court, reflecting a much wider judicial philosophy.

A full court review usually involves questions of exceptional importance and normally includes complaints that the panel decision had done something to conflict with the U.S. Supreme Court.

Last week, Goodman was already thinking it through.

"Rod has great faith in the justice system. He didn't want to ask for an appeal bond he wanted to fight this the way in the courts and he believes in the end justice will prevail," he said.

Getting the opportunity to fight again before the full appellate court is unlikely according to former federal prosecutor Gil Soffer, ABC7'S legal analyst. Gil says that "en banc hearings are rarely granted."

He reiterates what we reported that "it has be a matter of exceptional importance," and Soffer says he's not convinced the Blagojevich case qualifies.