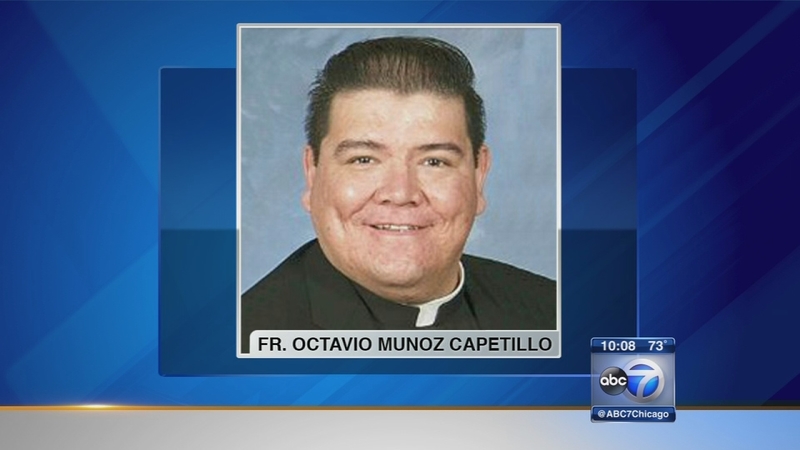 CHICAGO (WLS) -- A prominent Roman Catholic pastor and former leader of a major Hispanic ministry has been removed from his position by the Archdiocese of Chicago while police investigate sexual material found on his computer.

Father Octavio Munoz Capetillo has been removed as pastor of St. Pancratius Church in Brighton Park. Capetillo is the former director of Casa Jesus, a program that recruits Latin American men into the priesthood. He was associate director of the program from 2008 to 2009 and director from 2009 to 2015. In July, he was transferred from Holy Name Cathedral to St. Pancratius.

The Archdiocese posted a message on their website Monday saying the removal is "pending resolution of material found on a computer in his possession." The Archdiocese says due to the nature of that material, they reported concern to police and are cooperating with their investigation.

An Archdiocese spokesperson said that they contacted the Cook County State's Attorney after finding "sexual images and material," but did not offer any further details. The spokesperson also said that Munoz's transfer to St. Pancratius last month happened before church leaders learned of the materials in question.

Chicago police will only say detectives are conducting an ongoing investigation.

In the meantime, an administrator will take over his duties at St. Pancratius and he will reside away from the parish.

The full statement from the Archdiocese is below:

On July 27, 2015, Archbishop Blase J. Cupich removed Father Octavio Munoz Capetillo, pastor of St. Pancratius from ministry, pending resolution of an investigation of material found on a computer in his possession. Given the nature of the material, we reported our concerns to the civil authorities and will cooperate fully in their investigation. In the interim, Archbishop Cupich has withdrawn Father Munoz's faculties, his authority to minister. An Administrator will be appointed to assume Fr. Munoz's duties at St. Pancratius and Father Munoz will reside away from the parish until the matter is resolved.