Blommers Chocolate fire is 2nd in less than 2 weeks 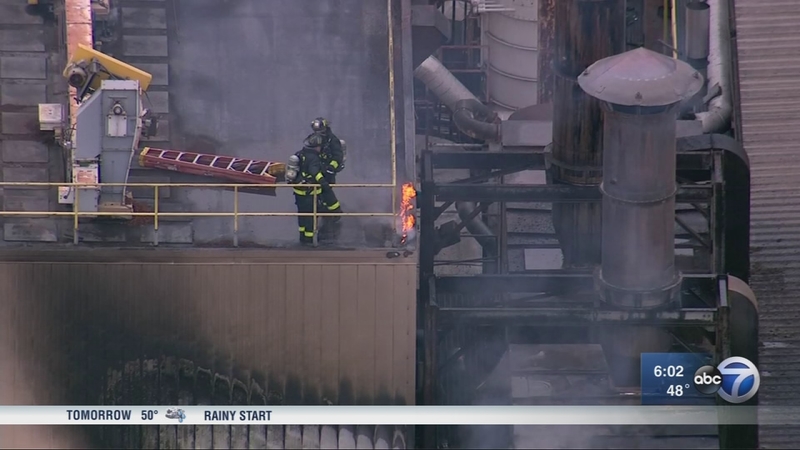 Blommers Chocolate fire is 2nd in less than 2 weeks

The fire was struck at about 3:30 p.m. and no one was injured, fire officials said. It is the second fire at the chocolate factory in just 11 days.

Firefighters were called to the building at about 1:45 p.m. after receiving reports of a fire burning on the roof. Flames and smoke were visible from the area around a smokestack and catwalk on the top of the building.

Employees inside the factory said alarms went off and firefighters took over to put out the fire and then determine the cause.

"At this time we think it was a mechanical fire, we're not sure. This building is full of mechanical machines for roasting cocoa and making chocolate," said Tim Walsh, chief of safety for the Chicago Fire Department.

The fire was contained to equipment at the factory and not in the building, the fire department said.

Calm but very active scene outside Blommer's Chocolate Factory as CFD responds to roof-top fire. Firefighters have begun exiting the building more than an hour after the call came in. pic.twitter.com/UH7D81EWvZ

Firefighters said this fire on the roof was completely unrelated to a fire there on Nov. 3, when equipment on the fourth floor caught on fire and filled the building with smoke.

Health Department inspectors and the Buildings Department are evaluating the building to see if the factory can resume chocolate production today.