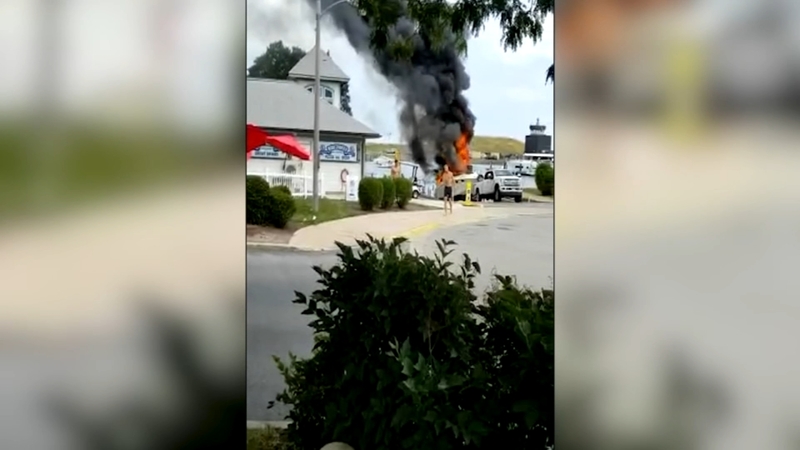 CHICAGO (WLS) -- A man was critically injured when a boat caught fire Saturday afternoon at Burnham Harbor in Chicago.

Flames engulfed the boat around 3:20 p.m. as it was still attached to a tow at the boat launch. Witnesses said they saw a man on the boat trying to put out the flames on his own with a fire extinguisher.

"It was smoking and next thing you know, ball of fire was out there," said Christopher, who witnessed the scene.

Witnesses said a few men were trying to start the engine on an older model boat when it went up in flames around 3:30 p.m. Saturday.
"I think they were spraying some starter fluid in there and it was flooded," witness Brian Fogle said. "Spark caught it, maybe too much starter fluid, and it went up."

Witnesses said that's when one of the motors instantly ignited. The fire didn't last long, but it burned hot and fast with flames as high as 15 feet.

Boats coming back to dock had to quickly turn back around while firefighters worked to get the blaze under control.