Chicago beaches don't officially open until May 27, with warnings to only swim when there's a lifeguard on duty
WLS
By Evelyn Holmes 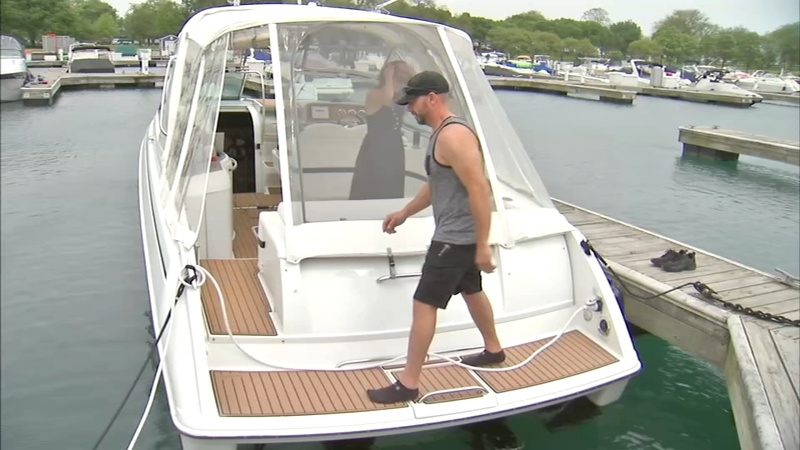 CHICAGO (WLS) -- Many of us get excited for summertime in Chicago. Warmer weather and lots to do, including hitting the beach.

But that can be dangerous.

After boating for nearly 10 years, Tim and Brittny Williams are taking no chances.

"Obviously, you want to be safety compliant and make sure all your equipment is functional," Tim said.

They prepare their 33-foot craft for another weekend on Lake Michigan.

"We bring our kids out, so it's obvious that they know they have to have their jackets on," Brittny added.

The couple's preparations come as local public safety officials, once again, join a national push to encourage boating and water safety in advance of the Memorial Day holiday weekend.

"If you see something, say something. The sooner we can respond, the faster we can get the person out of the water," said Deputy District Chief Jason Lach with Chicago Fire Department Marine & Dive Operations.

This year's efforts kicks off with National Safe Boating Week, which starts Saturday.

"National Safe Boating Week is national outreach to get the word out to the public about being safe," said Boatswain's Mate Mike Livingston, with the U.S Coast Guard.

It's expected, with the pandemic slowly coming to its end, more people than ever will be flocking to Chicago area's lakefront, many possibly without wearing a life vest.

RELATED: Man dies after being pulled from Lake Michigan near Southeast Side

"A life jacket can save your life if you are involved in an accident," Officer Erik Vik, with the Illinois Department of Natural Resources Conservation, added.

According to the latest data available from the Illinois Department of Natural Resources Conservation Police which patrols cook and DuPage counties.

In 2021 there were 95 boating accidents with 16 resulting in death. Of those 16 fatalities, 13 were not wearing a lifejacket, according to the Illinois Department of Natural Resources.

And with more people on the water, officials are warning about boat operators - being under the influence of alcohol or drugs.

"Drinking and boating is the same thing as drinking and driving," added Officer Gretchen Chavez with the Chicago Police Department Marine Unit.

Chicago beaches don't officially open until May 27, with warnings to only swim when there's a lifeguard on duty.

"Typically, we have about 300 -- over 300 staffing the beaches," said Daphne Johnson, Chicago Park District programming officer.