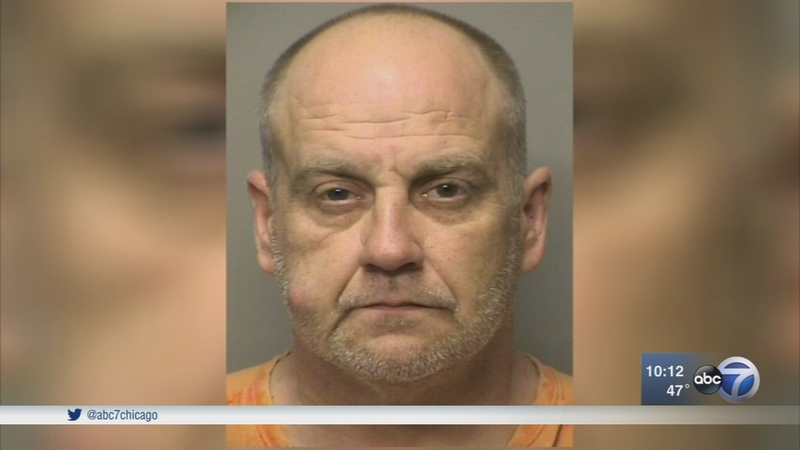 CHESTERTON, Ind. (WLS) -- A 50-year-old Hobart man that was arrested in connection to the death of a 24-year-old Portage woman who was found dead in a vehicle in Chesterton admitted to the crime, officials said.

Christopher Dillard was charged with murder and robbery in Chesterton, Ind., the Porter County Sheriff said on Friday. He was arrested on Thursday.

Nicole Gland was found slumped over the wheel of a silver SUV in the 100-block of South Calumet, behind the Chesterton Tribune building. A newspaper employee discovered the woman, the newspaper reported.

"At approximately 9 a.m. we received a call from a local business of a vehicle parked off a vacant lot that the driver was slumped over the wheel of," said Chesterton Police Chief David Cincoski.

On Friday, police held a press conference about the arrest.

The Chesterton police chief said Dillard admitted to the crime after his girlfriend, Beverly Gaul, alerted police. Gaul went to police after noticing one of her kitchen knives was missing.

"Dillard told Gaul that, 'I killed that girl. I didn't mean to.' He indicted to her that the drugs had a hold of him," Cincoski said. "The remaining conversation centered around whether Beverly would wait for him and stay by his side."

The chief said late during Gland's shift Tuesday night, Dillard came to the bar and delivered cocaine and marijuana to her car as per a prior arrangement.

He then snorted cocaine, went back into the bar to give Gland her keys and then headed out to other area bars

"When confronted with inconsistencies on his answers, Dillard would offer with 'I don't know,' or 'What did I tell you last time?' When pressed for answers, he said things were hazy from partying rough," Cincoski said.

Gland was stabbed multiple times while in the seat of her vehicle, but a murder weapon has not been identified.

She worked at the Upper Deck Lounge bar with Dillard, which is next to where she was found.

Gland was well-known in Chesterton, having worked as a bartender there for at least three years. Bar employees said she left work at about 3 a.m.

Gland's friends were at Friday's press conference and winced at the details police provided.

"A bouncer is supposed to protect you. A doorman is to protect that bartender from anything like that. And for that person to work with her and be around her and help her clean to leave the bar and one night, wants to be on drugs and act like an idiot and kill our best friend, that's not right," Dylan Cairns, Gland's friend, said.

"He said he wanted to confess. Upon presenting him with a waiver of rights form as required, he asked if he could think about it but decided that not speaking to me any further is in his best interest," Cincoski said.

Police said their investigation is still open and are asking anyone with more information to come forward.

A body was found in downtown Chesterton.