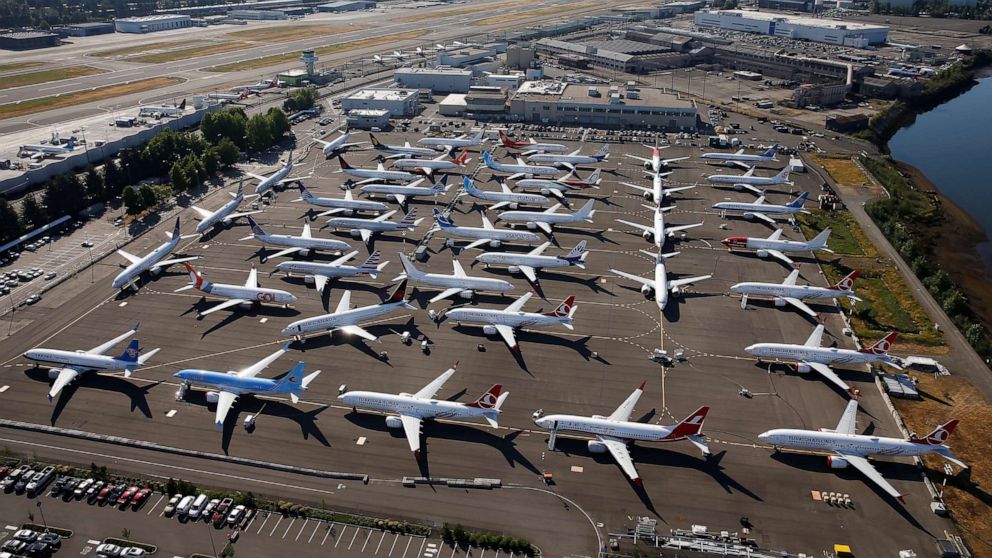 ABCNews
By MINA KAJI
On March 10, Paul Njoroge woke up to the "horrible nightmare" that the Ethiopian Airlines flight carrying his wife, three children and mother-in-law crashed six minutes after takeoff, killing all 157 passengers and crew members on board -- the second fatal crash involving the Boeing 737 Max aircraft in five months.

On Wednesday, Njoroge testified before the House aviation subcommittee to discuss aviation safety, and he brought with him blown-up pictures of the loved ones he had lost.

"I stay up nights thinking of the horror that they must have endured," Njoroge told lawmakers. "As pilots struggled to keep the plane flying for six minutes - the terror that my wife must have experienced with little Rubi on her lap, our two children beside her crying for their daddy, and my mother-in-law feeling helpless beside her. The six minutes will forever be embedded in my mind."

It was the third house hearing on aviation safety since the Boeing 737 Max crashes that killed a total of 346 people.

The 737 Max jets have been grounded since March, and Boeing is currently working on updates to its 737 MAX software, which will then go to the Federal Aviation Authority for certification.

On June 26, U.S. Federal Aviation Administration (FAA) pilots found a new potential issue with the 737 Max aircraft during a simulated flight that affected pilots' abilities to quickly and easily follow the required recovery procedures for the runaway stabilizer. Preliminary reports suggested there were problems with an automated anti-stall system called MCAS.

FAA officials have said the agency will lift the aircraft's prohibition order "when they deem it safe to do so."

"The tragic loss of life in both accidents continues to weigh heavily on all of us at Boeing, and we have the utmost sympathy for the loved ones of those on board," Boeing chief executive officer Dennis Muilenburg said in a statement.

Njoroge, whose family was traveling from Toronto, Canada, to Nairobi, Kenya, to visit extended family, said he hopes putting a face to the tragedies will ensure "that no lives are lost again because of the negligence of plane manufacturers and aviation regulators."

"It was up to Boeing and others in charge to save them," Njoroge said. "We paid for a safe flight. Instead, my family and others in that plane have suffered a profound loss that can never be mended. I never knew it would be the last time I would ever see them."

"No more birthdays, no more anniversaries, no more holidays. No weddings for my children, no grandchildren," Njoroge said. His 9-month-old daughter Rubi, believed to be the youngest person to die in the crash, never met her grandparents.

On Wednesday, just minutes before Njoroge's testimony began, Boeing announced that they will dedicate $50 million of pledged $100 million for relief to the families of the two crashes.

Njoroge, who has filed a lawsuit against Boeing accusing them of negligence, called Boeing's apologies and pledge "a press relations strategy to apologize to cameras."

"Boeing has never reached out to families about the impossible sorrow and grief we will carry for our entire lives," Njoroge said.