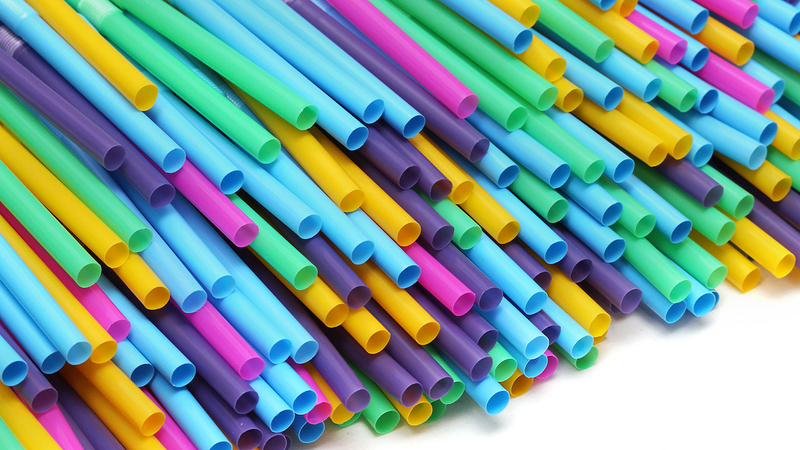 PALO ALTO, California -- There will be millions of fewer plastic straws finding their way into landfills and the ocean as yet another major company has committed to ditching the disposable utensil.

Food service management company Bon Appetit announced Thursday that it will ban plastic straws and stirrers at the more than 1,000 food service locations the company manages for universities, museums, corporations and other venues in 33 states around the country.

In a press release, the company said it purchased 16.8 million plastic straws and 420,000 plastic stirrers in 2017 (while the company has long preferred wooden stirrers, purchasing more than 9 million of them last year, it had not previously imposed an outright ban on their plastic counterparts).

Customers will still have the option of using a paper straw.

“Companies must reduce their plastic footprints to save our communities, waterways, and oceans. This decision provides a tremendous foundation for @bamco to build upon.” — Thank you @greenpeaceusa! #BreakFreeFromPlastic pic.twitter.com/UumaZjM7oG

While Bon Appetit bills itself as the first major restaurant company to impose such a ban, it joins other entities like the University of Portland and Alaska Airlines that have also recently imposed bans on plastic straws citing environmental concerns.

Plastic waste, which often finds its way into the ocean, can take centuries to decompose, threatening marine wildlife in the process. Scientists have identified at least three large areas of the ocean where water currents have caused massive amounts of plastic waste and other debris to collect, one of which is estimated to be as large as the state of Texas, and still growing.

A recent study predicted that there will be more plastic than fish in the ocean by the year 2050.

"The plastic problem is horrific," Bon Appétit CEO and co-founder Fedele Bauccio said in a release. "When I heard the stats and learned how much damage is being done by straws-- a product of convenience-- my gut reaction was, we have to change this!"