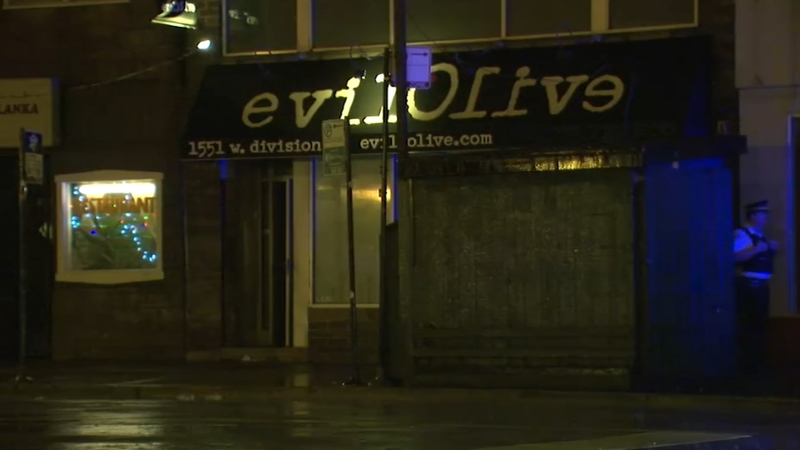 CHICAGO (WLS) -- A club bouncer was critically wounded in a shooting on Chicago's Northwest Side Wednesday morning.

The bouncer, a 31-year-old man, got into altercation with a person in the 1500-block of West Division Street at about 3:44 a.m., police said. The person took out a handgun and fired several shots, hitting the bouncer, police said.

The victim was taken to Northwestern Memorial Hospital in critical condition, police said. A weapon was recovered at the scene.

"There was two gunshots I think and then a big commotion and someone was yelling for like ten minutes straight," said Logan, who lives down the street.

Police officers were seen going in and out of the club evilOlive Wednesday morning.

Neighbors woke up to the news that shots were fired as the club was closing down.

"I think it's tough when you have a place open that late you just don't know what's going to go on," said Doug Bobenhouse, who lives nearby. "So it's not that surprising I guess."

Multiple surveillance cameras flank the entrance to the club. It's unclear if they captured the shooting itself.

Police have no one in custody and said this is an on-going investigation.

Some neighbors said they've long worried about the potential for late night violence.

"It's been around for a very long time and when first opened it was kind of a more neighborhood kind of bar and it seems like its' turned into a really late night people come there to party and I think it's hard to know what's going to happen there," said Bobenhouse said.

Police said a weapon was recovered at the scene.