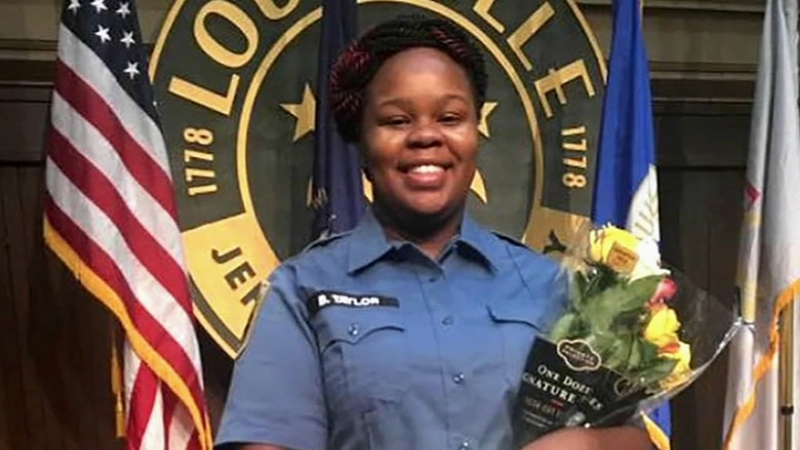 Grand jury transcript to be released in Breonna Taylor case

LOUISVILLE, Kentucky -- Kentucky's attorney general says he will comply with a judge's ruling and release the audio transcript of the grand jury recording in the Breonna Taylor case on Wednesday.

Daniel Cameron says the grand jury is meant to be a secretive body, and that releasing the transcript could compromise the ongoing federal investigation, WAVE reports.

"The Grand Jury is meant to be a secretive body. It's apparent that the public interest in this case isn't going to allow that to happen. As the special prosecutor, our team has an ethical obligation not to release the recording from the Grand Jury proceedings, and we stand by our belief that such a release could compromise the ongoing federal investigation and could have unintended consequences such as poisoning the jury pool. Despite these concerns, we will comply with the Judge's order to release the recording on Wednesday. The release of the recording will also address the legal complaint filed by an anonymous grand juror.

We have no concerns with grand jurors sharing their thoughts on our presentation because we are confident in the case we presented. Once the public listens to the recording, they will see that over the course of two-and-a-half days, our team presented a thorough and complete case to the Grand Jury. Our prosecutors presented all of the evidence, even though the evidence supported that Sergeant Mattingly and Detective Cosgrove were justified in their use of force after having been fired upon by Kenneth Walker. For that reason, the only charge recommended was wanton endangerment."

Although the Kentucky AG argues the release could compromise the ongoing investigation, he will fulfill an anonymous grand juror's motion.

An anonymous grand juror filed a motion requesting all recordings, transcripts and reports of the grand jury be released to the public.

The juror argued that there is public interest in the information due to a public distrust of the legal process.

Despite the public pushback, Cameron says he is confident in the case he presented, which only recommended a wanton endangerment charge against one officer based on the evidence.

Both the Louisville mayor and the Kentucky governor have repeatedly called for the release of documents that won't interfere with any other ongoing investigations related to the case.

1 officer indicted in Breonna Taylor case; not for her death (1 of 8)

A Kentucky grand jury declined to indict any police officers for Breonna Taylor's death in March. One was charged with wanton endangerment to firing bullets that struck neighborhin

A grand jury has indicted a fired Kentucky police officer on criminal charges in the Breonna Taylor case - but not for her death. ABC News' Dan Abrams explains those charges.