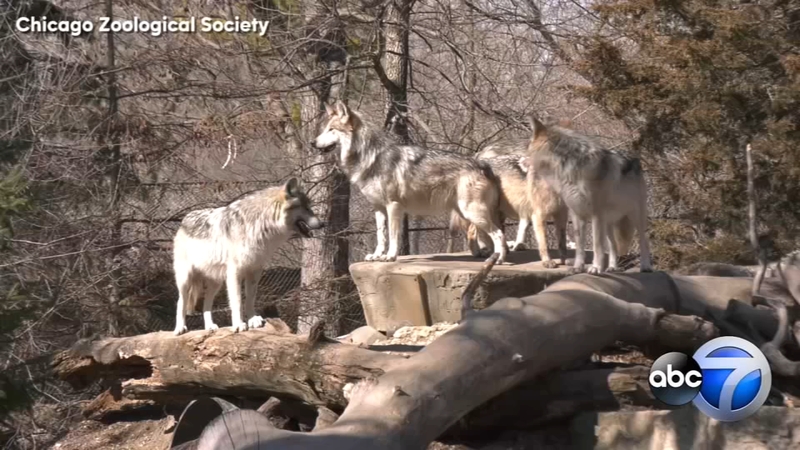 BROOKFIELD, Ill. (WLS) -- The Brookfield Zoo is shipping nine of its 10 Mexican wolves to other facilities after this weekend.

The zoo says its Mexican wolf pack is among the largest and most successful packs in the country, so the wolves are being sent out to help preserve and breed the endangered species. There were only 281 Mexican wolves living in captivity and 145 in the wild as of August 2017, according to the zoo.

Only Ela, a 2-year-old female, will remain at the Brookfield Zoo. She won't be lonely too long, though. She's getting a breeding partner later this year, and two other female wolves are set to be temporarily placed in the zoo before moving to permanent homes in 2019.

Zana and Flint, the zoo's current alpha breeding pair, are going to a facility in Eureka, Missouri, along with a young female named Springer. The other six, Rio, Azul, Mateo, Jeff, David and Temp-all males-are being relocated to a zoo in Springfield, Missouri.

"We are sad, like I'm sure many of our guests will be, to see the current wolf pack leave. However, the moves will benefit the recovery program for the species in the long run," said Joan Daniels, curator of mammals for the Chicago Zoological Society, in a press release.

The moves are being made based on recommendations from a Mexican wolf conservation meeting in July.