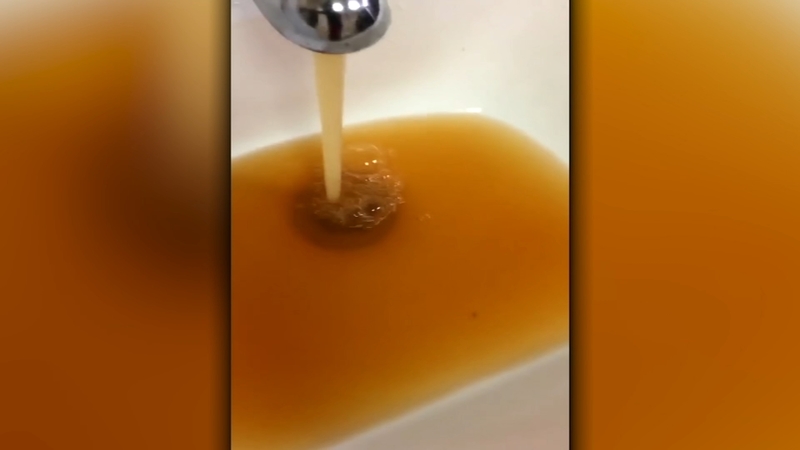 CHICAGO (WLS) -- A video shot by a student inside a South Side Chicago Public School shows brown water running from multiple faucets.

"I was shocked, disappointed, and angry," Sandra Edwards said.

Edwards said she couldn't believe what her son recorded inside one of the bathrooms of Daniel Hale Williams Prep School in the city's Grand Boulevard neighborhood. Her son is a freshman there.

She said when her son went to an administrator to tell them about the brown water, he was given an odd message.

"To go home and tell your mother so that she could report it to the proper officials," Edwards said.

In the video, three faucets are turned on and all of them spew out brown water. Edwards had a question for her child after he shows her what he had recorded.