KTRK
By Shelley Childers
DEER PARK, Texas -- A man who was charged with hitting a 12-year-old boy while he was walking home from school says there is another side to the story.

Records say James Peace threatened the Deer Park boy not to tell police, or he'd beat him up.

Deer Park Police Department says James Olander Peace walked up to the boy and slapped him.

Peace told ABC13 Eyewitness News that he was confronting the boy for bullying his stepdaughter.

His stepdaughter Presleigh Rigney says the boy's words to her were vulgar and inappropriate.

"He was calling me transgender and saying I had no chest. He was saying just a bunch of mean things and it was very hurtful," Rigney said.
The family says the encounter happened after school last week.

Both of the students were walking home from Lomax Junior High School when the boy began flicking ice cream at her. She said it then escalated to name calling, and then the boy started throwing small rocks.

"I told him to stop a couple of times," Rigney said.

Peace says he knows there is a process to report bullying to the school, but he wanted to confront the bully himself.

"He had been bullying and messing with her all day. He did admit that to me," Peace said.
The stepfather admitted that he let his emotions take over when the confrontation ended physically.

"I am sorry for that. I wish I would have approached it differently," Peace said.

Rigney says she wants other victims of bullying to know that they are not alone.

"Just tell somebody, talk to somebody. Don't hold it in," she said.
Report a correction or typo
Related topics:
texasarrestparentingassaultbullyingu.s. & world
Copyright © 2020 KTRK-TV. All Rights Reserved.
RELATED 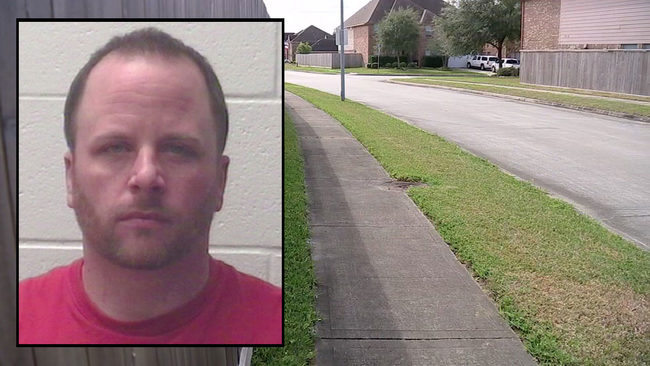