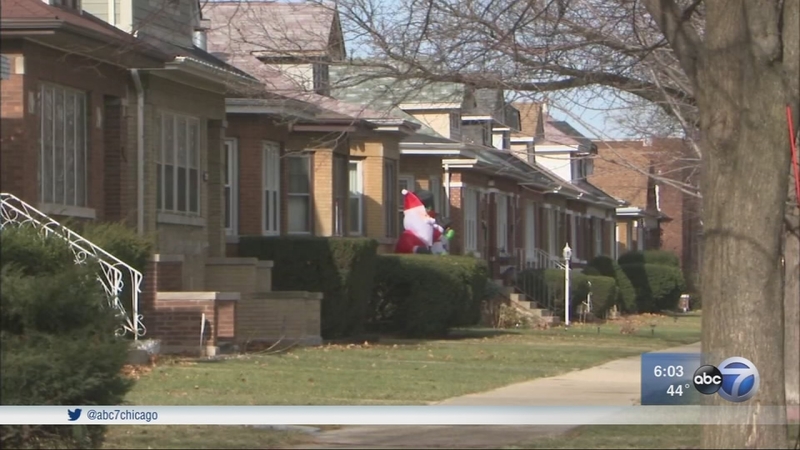 CHICAGO (WLS) -- Police are investigating a series of burglaries targeting homes on Chicago's Northwest Side.

At least four burglaries and attempted burglaries have taken place between Nov. 29 and Dec. 16. No injuries have been reported. In at least one incident, the homeowner was asleep inside the home at the time of the break-in, police said.

It was late afternoon on Nov. 29 in the 5100-block of West Wolfram Street when resident Louis Ocasio got a terrified call from his wife, who was home alone.

"She's screaming. She goes, 'Somebody tried kicking in the front door.' I called next door right away, by my parents' house. My dad came running out and he said as he ran out an SUV, he seen somebody get into a black SUV and take off," Ocasio said.

It happened too fast for Ocasio's father to get a description of the would-be burglar.

"Just seen a person jump into the passenger side of a black SUV and taking off right away. Couldn't get no license plate off it," he said.

Neighbor Tony Reillo casually recounted all the times his neighbors have been burglarized, including one incident he unwittingly witnessed.

"We see a big TV coming out and thought may they gave it to them or something. Well, later come home and they're like 'Did you see anybody here?' We saw friends of yours, it looked like them. Turns out they were robbing her," Reillo said.

A week later, and just a few blocks away from the Ocasios, Kyle Pekny's home was burglarized while he and his wife were at work.

"My wife came home and she noticed that things were in disarray. It was definitely a relief not to be home. But everything that was taken was replaceable which- and everybody is safe," Pekny said.
The four burglaries or attempted burglaries occurred on: