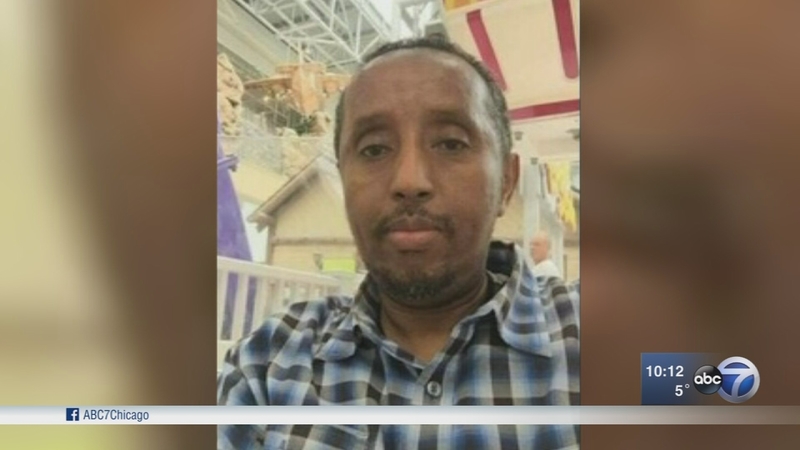 BLUE ISLAND, Ill. (WLS) -- Foul play was suspected in the death of a cab driver whose body was found in his car Sunday morning in south suburban Blue Island after he had been robbed earlier in the morning in Chicago.

Chicago police called officers in the suburb to check on the cab driver after they hadn't heard from him since he was robbed earlier in the morning, according to Blue Island police.

Officers found the car stopped at Davis and Irving, police said. The driver was dead and foul play was suspected.

The Cook County Medical Examiner's Office confirmed that 54-year-old Ismail M. Abdulle was found in a vehicle in the 2200-block of West Davis at 6 a.m. His death was ruled a homicide.

There is a profound feeling of sadness in one of the Northwest Side cafes Abdulle frequented.

"All I can say is that are our hearts are broken. We really miss him," said Abshir Jama, friend.

"He was one of us. One of our best," Jama said. "All we know is that he got killed, he was murdered for nothing."

In a community where many of Abdulle's friends also work as cab drivers, the uncertainty of the murder is alarming.

"It's a very dangerous job and everyone is aware of it. Everyone goes to work every morning hoping that nothing happens. But you never know. Murder doesn't have address. It can happen anywhere," Jama said.

Family, friends and members of the Somali community will gather at the Muslim Community Center in Old Irving Park Tuesday for Abdulle's funeral prayers.

Blue Island police and the South Suburban Major Crimes Task Force was conducting an investigation. Anyone with information was asked to call police at (708) 396-7020.