Man charged with murder in shooting of girl, 8 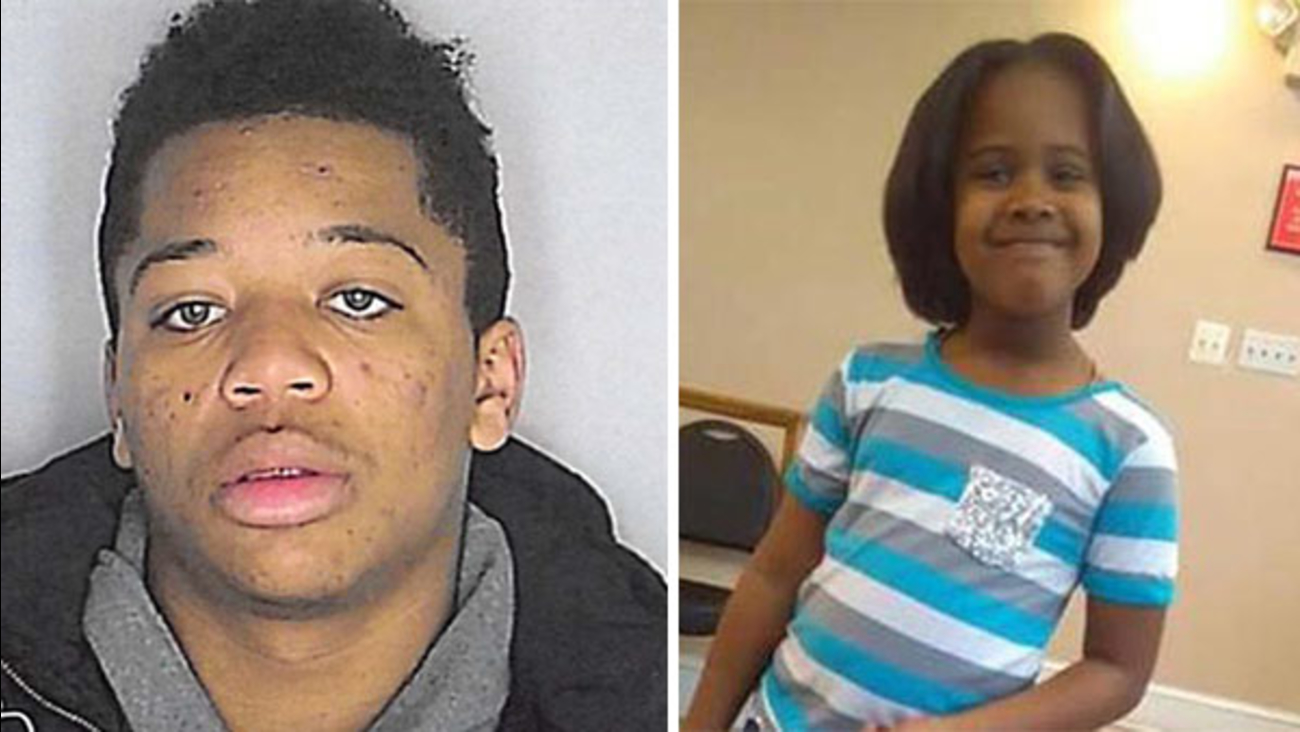 CAMDEN, N.J. -- Police say a man has been charged with murder in the shooting death of an 8-year-old girl in Camden, New Jersey, and revealed the suspect's mother and girlfriend were the women charged with hindering the case.

He was taken into custody by U.S. Marshals without incident. Brown remains jailed in Tennessee on a fugitive murder warrant. Camden County police said investigators are on their way to Tennessee to begin the extradition process.

The girl, Gabrielle Carter, was caught in the crossfire and shot in the head while playing outside on Wednesday, August 24. She died a few days later.

At a news conference, Chief Scott Thomson wouldn't say what Brown's role was in the killing, or if he was the person who fired the fatal shot. He indicated there could be more arrests in this case.

"We have an interest in holding every person responsible for the acts that led up to that night and thereafter," Thomson said.

Police also revealed on Friday that it was Brown's mother and girlfriend who were previously charged with hindering the investigation into this case.

His girlfriend, 19-year-old Natasha Gerald, of Manor Court in Sicklerville, was charged with one count third-degree hindering the investigation. Police say Gerald gave detectives a false alibi for a person of interest. The charge carries a potential sentence of five years in state prison.

His mother, 35-year-old Shakia Land, of the 1800 block of Kossuth Street in Camden, was charged last week with one count fourth-degree hindering an investigation. According to prosecutors, Land gave detectives a false alibi for a person of interest. The charge carries a potential sentence of 18 months in state prison.

Action News talked to Gabby's mother, Meresa Carter-Phillips, right after detectives told her about the arrest on Friday.

"I feel like it was good that they got him but nothing is going to change the fact that my daughter is gone and I have a loss. So to be feeling real cheerful and happy, I don't. It was a little relief off of my back. But I still feel the same way. My daughter isn't here anymore," she said.

In an earlier interview with Action News, Carter-Phillips, recounted her nightmare.

"I heard the gunshots. I run to the window and I say "Gabby, Ariel?" And I didn't hear anything, and I hear my neighbor across the streets saying "Carter, your baby! Carter, your baby," Carter-Phillips said.

It's been two weeks since 8-year-old Gabrielle Carter was caught in a crossfire and shot in the head while playing outside.

She bolted out of bed and went straight to her 8-year-old daughter. Gabby was playing across the street, at a friend's home when the gunfire broke out.

Carter-Phillips, who was eight months pregnant at the time, tried to help her gravely injured child.

"I just leaned over her and was whispering in her ear like, 'mommy is here, mommy is here, I'm not going anywhere, stay with me breathe, breathe,' because I didn't know what else to do," she said. "I was panicking. I was so scared."

Gabby was shot in the back of the head, and the bullet went through her brain. There was nothing doctors at Cooper University Hospital could do. She was pronounced dead two days later.

Carter-Phillips has since given birth to a baby boy.