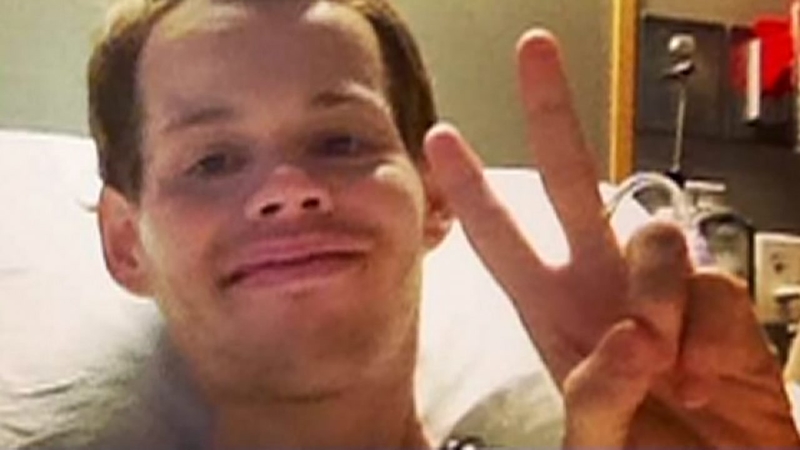 NORTHAMPTON, PA -- At Christmastime, Mario's Pizza in Pennsylvania seems extra warm, a lot like the smiles, passed for decades from the people behind the counter, to the customers in front of it.

Frank Grigoli is a manager and his father is Giovanni's brother, another co-owner.

"We've done a lot to this place, but one thing we've never changed is the quality," Frank says.

That's why, recently, they decided they'd reward their customers with something new: a contest for free pizza for a year.

Giuseppe Aiello, Giovanni's son, tells us they never expected what came next.

"I thought someone would win, they'd be excited, come in and get their pizzas, but a story like this to come out of a contest like that..." he trails off.

You see, when the computer randomly chose a winner from the 1200 people who signed up, up popped the name 'Josh Katrick', someone who really deserved to get some good news.

Josh was diagnosed with colon cancer in July. He got the email from Mario's on a Friday, just as he was leaving the chemo treatment center.

"I remember coming out of there thinking, 'I just won pizzas for a year! That's cool!' he said.

But then Josh - a winner Mario's found so deserving - did the darnedest thing.

He gave it away.

"I've been getting so much from family, friends, people I don't even know well, the last few months," Josh says. "Getting so much love and support...I just wanted to give back to people that could use it more than I could."

Josh wrote Mario's back and asked if he could give his free pizza to someone else.

Frank remembers the conversation. "We asked the question, 'who are you thinking?' and he said, 'Northampton Food Bank.' And it kind of, like, it hit a nerve...in the heart," Frank says.

So, a pizza shop known for spreading the warmth, decided this Christmas to spread it a little further.

They're giving both Josh and the food bank, free pizza for a year.

"It's better to give than receive, and especially during this time of year - Christmas - it's a great time to think about that and see examples of it around town," Giuseppe says.

"And this time of year, doing what we're doing, I can't think of anything better," Frank adds.

This Christmas, this group says they hope their story warms up your heart - and reminds others to practice kindness.