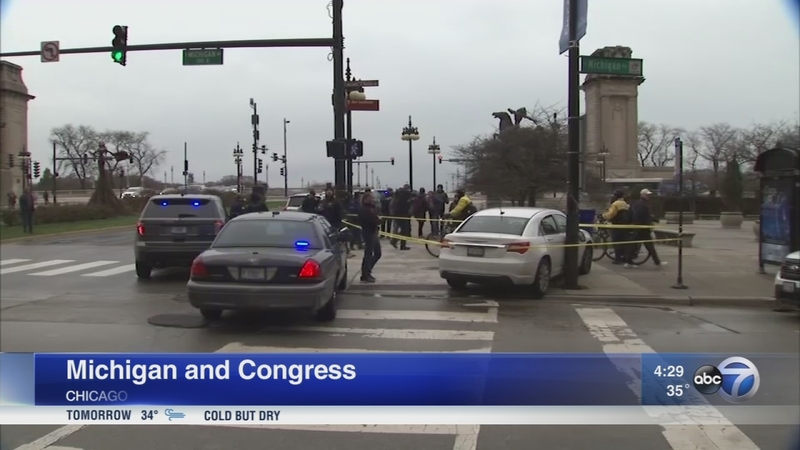 CHICAGO (WLS) -- A police chase ended in a crash in the South Loop after a stolen vehicle was spotted on the West Side Tuesday.

Police attempted to stop the stolen Chrysler at West Polk Street and South St. Louis Avenue at approximately 12 p.m. When the driver did not stop, the officers gave chase down the eastbound Eisenhower Expressway.

The crash occurred at South Michigan Avenue and East Congress Parkway near Grant Park. Two suspects inside the vehicle attempted to flee but were apprehended by police.

The car was stolen from a 57-year-old woman Sunday as she left church on the far South Side. Police said she was threatened with a gun and dragged from the vehicle, which was parked in a gravel lot near 127th Street and State Street.