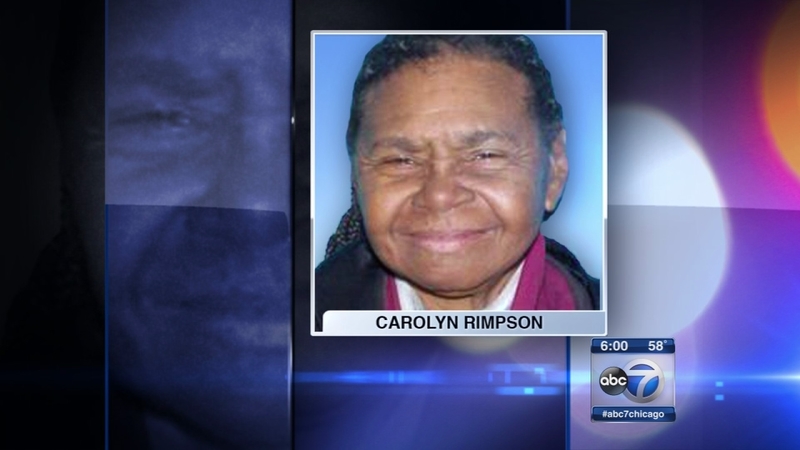 GARY, Ind. (WLS) -- A body found in Gary has been identified as a mentally-challenged woman who went missing last week.

Carolyn Rimpson, 61, had been missing nearly a week when her remains were discovered in the bushes near an abandoned property, less than two blocks from her home. She was well-known in the neighborhood.

"She was a nice lady. She go to work every day, every day. Then she go to church on Sunday, the church come and pick her up. She always speak to me, always come to the corner every morning," said Sylvester Range, a neighbor.

The Lake County coroner's office said Rimpson was killed by blunt force trauma, and has ruled the death a homicide.

Police said they are in the early stages of their investigation, but they located her cell phone near her body. They also found her wallet and other possessions, suggesting robbery might not have been the killer's motive.

Neighbors said she was in the early stages of Alzheimer's and mentally challenged. They said they can't imagine why anyone would do this.

"She usually be around here waiting for somebody. She was a really nice person," said Mara Vazquez, a neighbor.

"She really was an easy-going person, very friendly, someone that they talked to everyday. A lot of people in that area knew her," said Lt. Thomas Pawlek, Gary Police Dept.

Police said they are in the process of gathering information from Rimpson's cell phone. Witnesses and neighbors said she appeared to be talking to someone on her cell phone just before she went missing on Sept. 23.