What it's like to fly over the Carr Fire in a Calif. National Guard plane: VIDEO 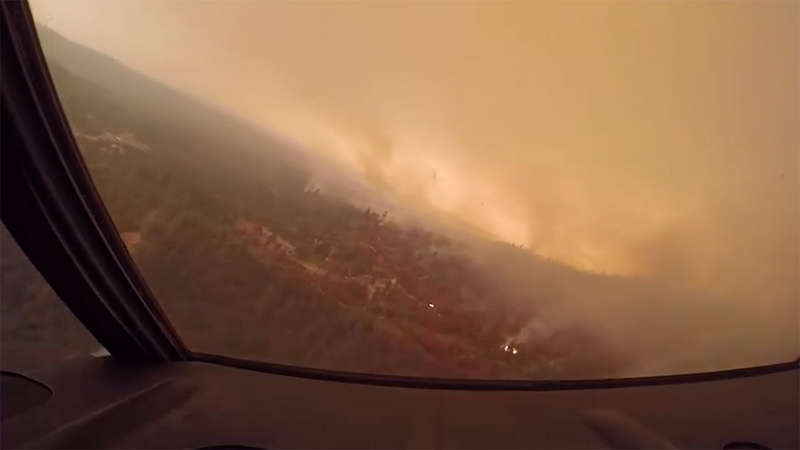 VIDEO: What it's like to fly over massive Carr Fire

REDDING, Calif. -- While people are doing everything they can to get away from the devastating wildfires in California, new video shows what it's like for the first responders who are rushing into the fire zone to battle the blaze.

The California Air National Guard took to Facebook to share footage shot from the cockpit of a C-130 aircraft dropping flame retardant on the Carr Fire in Redding, California. In the clip, the C-130 flies behind another firefighting aircraft as it navigates the smoky skies above the fire in Shasta County.

From the cockpit, multiple hot spots can be seen burning in the forest beneath the plane.

The Carr Fire, which has grown to nearly 90,000 acres, destroyed hundreds of structures and killed six people as of Sunday afternoon, is just one of the many blazes burning across the Golden State. The large River and Ranch Fires are burning closer to the San Francisco Bay Area, the 53,000-acre Ferguson Fire has temporarily closed Yosemite National Park and the Cranston Fire has burned 13,000 acres in Riverside County closer to Los Angeles, among others.