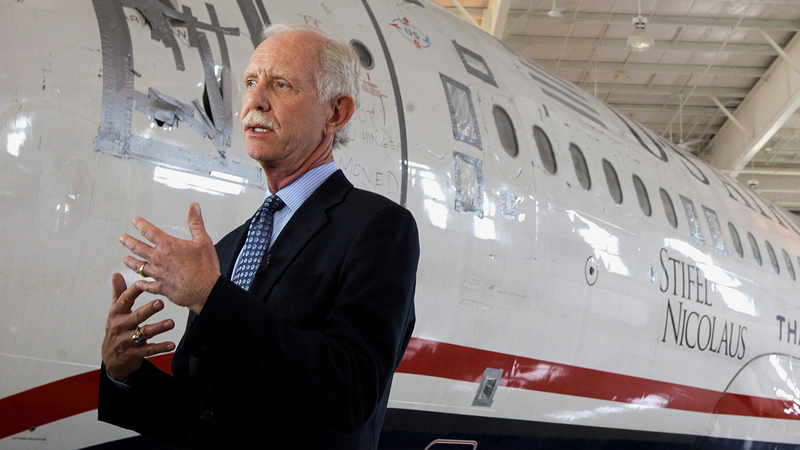 WASHINGTON -- President Joe Biden on Tuesday announced his nominees to serve as ambassadors to Israel, Mexico, NATO and several other posts, including Capt. Chesley "Sully" Sullenberger III to represent the United States on an international civil aviation safety board.

On the eve of his summit in Geneva with Russian President Vladimir Putin, the White House disclosed the names of nine ambassadorial nominees, leaving many of the most high-profile posts around the world still unfilled.

Tom Nides, a former deputy secretary of state in the Obama administration and a longtime executive at Morgan Stanley, will be nominated as ambassador to Israel.

Former Sen. Ken Salazar from Colorado, who served as Interior secretary in the Obama administration, will be nominated as the top US diplomat to Mexico.

Julianne Smith, a former deputy national security adviser to Biden when he served as vice president, will be nominated as ambassador to NATO.

The White House released the names of the nine ambassador nominees in a statement on Tuesday from Washington. The list included career foreign service officers to be nominated as ambassadors to Paraguay, Costa Rica and Guinea, Sri Lanka and Gambia.

Not included on the roster released on Tuesday are high-profile posts across Europe, Asia and beyond. The White House is still completing the vetting process on several people whom Biden has decided on, officials said, but the process is not yet complete.

Sullenberger was a prominent supporter of Biden and last year blasted former President Donald Trump as "completely unfit" for office. He will be nominated to represent the US on the Council of the International Civil Aviation Organization.

All nominees are subject to confirmation hearings in the closely divided Senate, which means none of the ambassadors are likely to be in their posts before late summer or early fall.

Top diplomats to China, Japan, India and several European countries were expected to be among those included in the first wave of ambassador nominees. But the vetting and notification process with host countries is still underway, officials said, with the White House expected to make more announcements soon.

One of the biggest questions still hanging over the search for US ambassadors is for the Court of St. James, which is the prestigious post in the United Kingdom, where Biden visited last week on the first stop of his trip abroad.

Nicholas Burns, a career diplomat who has served presidents of both political parties, is still expected to be nominated as ambassador to China, people familiar with the search said.

Rahm Emanuel, the former Chicago mayor, Illinois congressman and the first White House chief of staff in the Obama administration, is still expected to be nominated as ambassador to Japan, according to people close to the search.

Even since Biden has taken office, the political circumstances in several key countries has changed. Israel is the greatest example, with a deadly conflict last month giving way to a ceasefire and likely a new prime minister.

The Biden administration's policy on the Middle East will be scrutinized during confirmation hearings, which are expected to be held later this summer.

From Capitol Hill to the Middle East, the selection of Nides has been the subject of considerable discussion for weeks among close watchers of Israel.