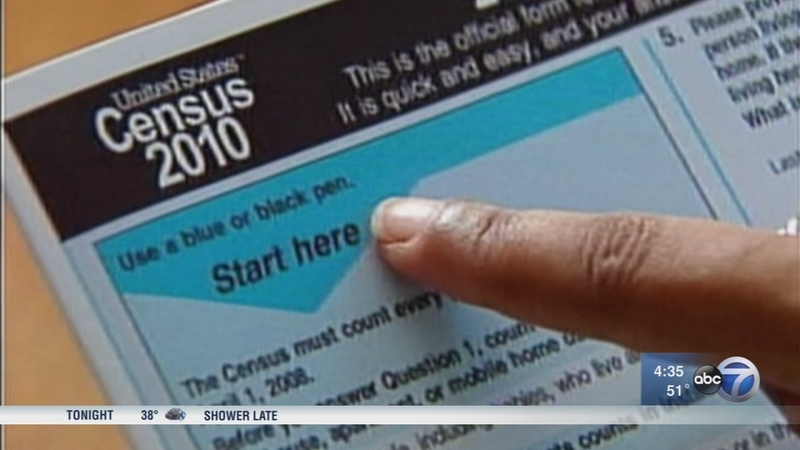 CHICAGO (WLS) -- A single question has triggered a controversy over the US census; for the first time in decades, people will be asked whether or not they are U.S. citizens.

A dozen states are now suing over the question.

The census may sound boring, but it's important

The experts agree having an accurate census of all people as mandated by the Constitution is a must, and can have major impacts on you and your community.

"The census saves Illinois in the sense that if we don't do a census well, we're going to lose an extra congressional district," Paral said. "We need to count every person in the state of Illinois."

The census means money for roads, healthcare and more.
"And if there are areas that the count is inaccurate, where the government thinks there are fewer people than there are, then there won't be enough money distributed to serve the full population," Aldred said.

According to Aldred, there hasn't been a citizenship question on the main census in nearly 70 years. But, because of the new citizenship question put forward by the Trump administration for the 2020 census, civil liberty groups and others fear it will cause the count to be inaccurate and affect public services.

They believe immigrants, legal or not, may be less likely to participate out of fear. That could be a problem.

"You need census data to know where to put the services that people deserve," Paral said.

Census experts that spoke with ABC7 said if the citizenship question does impact immigrant participation, it's going to hurt big cities like Chicago and their metro areas.