Charisma Ehresman, 20, found dead in her car in Austin nearly a week after she was reported missing
WLS 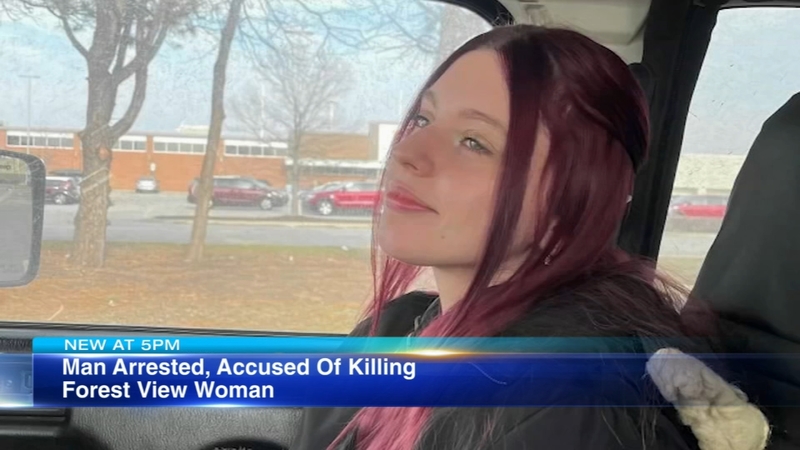 CHICAGO (WLS) -- An Oak Park man has been charged with the murder of a 20-year-old Forest View woman.

Charisma Ehresman was reported missing after she left her home in the 4600 block of South Wisconsin in Forest View in January and didn't return, Forest View police said. She missed work and school and had no contact with her family. The Forest View Police Department and Illinois State Police activated an endangered missing person advisory. Ehresman's body was found one week after her disappearance in the back of a car at about in the 5900 block of West Iowa Street, Chicago police said. She was pronounced dead at the scene.

Richard Chavez, 24, has been charged with Ehresman's death, Chicago police said Saturday. Chavez strangled Ehresman to death on Jan. 28 at the location she was found.

Ehresman's family told ABC7 the grief they are feeling is unimaginable after their weeklong search for Charisma ended in tragedy.

"There's no way a parent can explain this pain," said her father, Jeff Ehresman. "She was the most caring person, the most beautiful soul I have ever had the pleasure of knowing."

According to the medical examiner, the 20-year-old nursing student was strangled and smothered to death.

Ehresman said nothing can bring back his daughter, so instead, he wants to focus on saving the next one.
"Every single day in this city there is a child murdered, a girl murdered, somebody shot, somebody stabbed, somebody raped," he said. "It never ends."

Activist Andrew Holmes, whose daughter was also killed, sat beside him as he called for stricter punishments for people who commit crime.