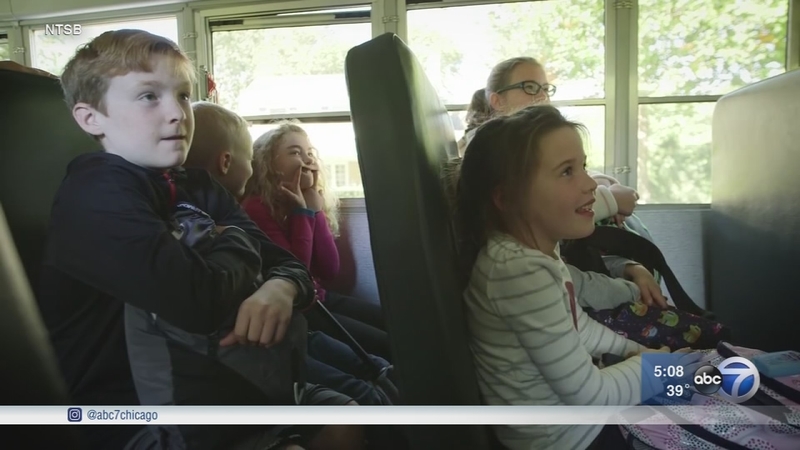 CHICAGO (WLS) -- In light of the bus crash in Chattanooga that left five children killed on Monday, the I-Team investigated local school buses to see how safe children are while traveling to and from school.

Chicago Public School buses are all outfitted with seat belts, but they are not required to according to Illinois law.

The American Academy of Pediatrics, based in Elk Grove Village, is pushing for seat belts on all school buses.

The National Highway Traffic Safety Administration clarified its position on the issue recently, saying "Seat belts save lives. That is true whether in a passenger car or in a big yellow bus."

In a video provided by a manufacturing company for lap and shoulder seat belts, children can be seen tossed around the bus during a crash.

"A school bus is safe by virtue of its size, but we need added protection to prevent injury in the event of a crash, a roll over, a non-crash event such as a sudden stop, turn or swerve. We need children to stay in their seats. We don't want them ejected from the vehicle which is likely to happen when they're not restrained," said Phyllis Agran, MD, MPH, from the Academy of Pediatrics.

Agran represents the American Academy of Pediatrics, a group which wants strap and shoulder seat belts in all school buses.

"We need to get current, we need to use the current and the best technology to protect our school children," Agran said.

Chicago Public Schools told the I-Team Tuesday that their buses have seat belts and that they are a requirement for all bus vendors. Other suburbs, like Glencoe and Skokie, also use buses with seat belts, but many others do not.

"We know that there's approximately 17,000 injuries per year as the result of being an occupant in a school bus crash," said Agran. "Some of them are major, some result in tests, but when you have the technology that offers a measure of added protection, why not use it?"

NHTSA believes that seat belts would reduce deaths by half.