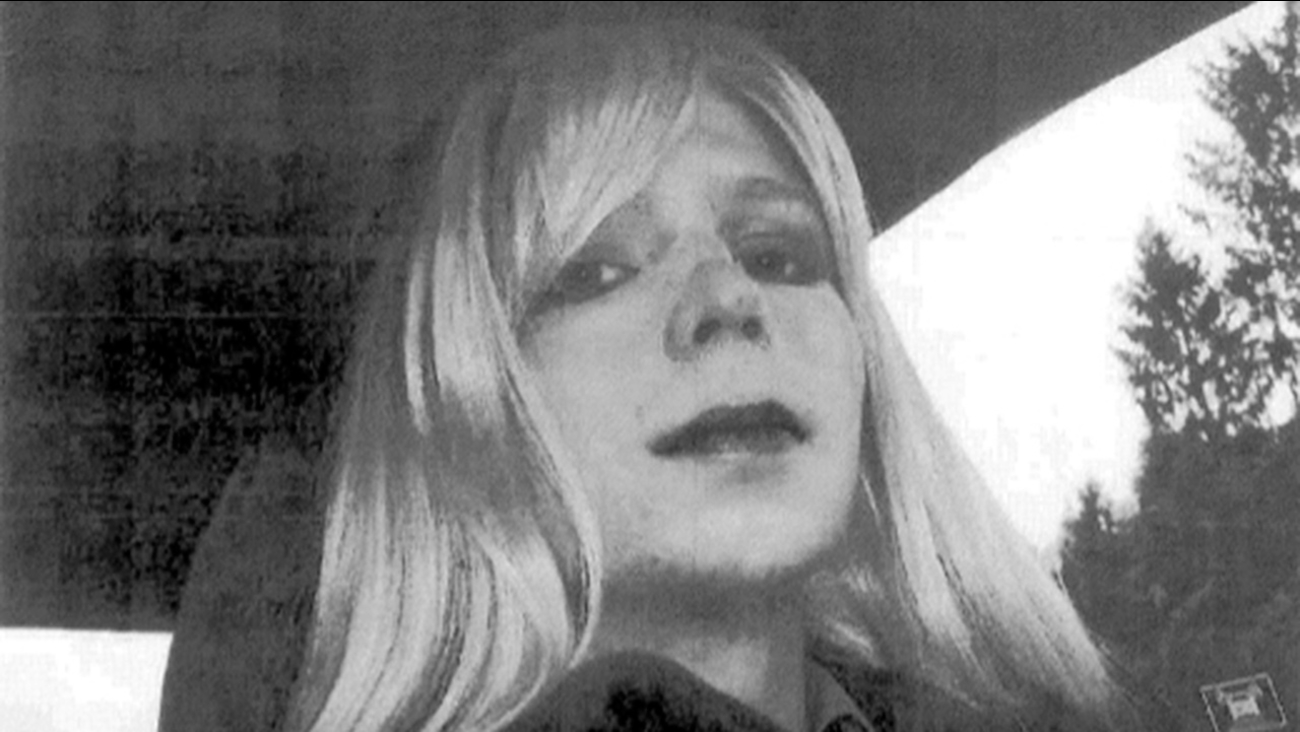 In this undated file photo provided by the U.S. Army, Pfc. Chelsea Manning poses for a photo wearing a wig and lipstick. (AP Photo/U.S. Army, File)

WASHINGTON -- President Barack Obama on Tuesday commuted the sentence of Chelsea Manning, who was convicted of stealing and disseminating 750,000 pages of documents and videos to WikiLeaks.

The President also pardoned James Cartwright, the former vice chairman of the US Joint Chiefs of Staff, who pleaded guilty in October to a single charge of making false statements to federal investigators in 2012 when he was questioned about leaking top secret information on US efforts to cripple Iran's nuclear program to two journalists.

Manning, a transgender woman and former US Army soldier, was serving a 35-year sentence at Fort Leavenworth, an all-male Army prison in eastern Kansas, despite her request to transfer to a civilian prison.

The material, which WikiLeaks published in 2010, included a classified video of a US helicopter attacking civilians and journalists in Iraq in 2007. Labeled "Collateral Murder," the film drew criticism from human rights activists for the deaths of innocent people.

When asked about WikiLeaks in the wake of the releases, President-elect Donald Trump told Fox News' Brian Kilmeade in 2010: "I think it's disgraceful. I think there should be like death penalty or something."

Though found guilty on 20 out of 22 possible charges (including violating the US Espionage Act), Manning was not convicted of the most serious one; aiding the enemy, which could have earned the private a life sentence.

Instead, the former intelligence analyst was sentenced to 35 years in prison, as well as demoted from private first class to private and dishonorably discharged.

WikiLeaks celebrated Tuesday's news that President Barack Obama commuted the sentence of Chelsea Manning, hailing it as a "VICTORY" on Twitter.

WikiLeaks followed up later with a short statement from Assange: "Thank you to everyone who campaigned for Chelsea Manning's clemency. Your courage & determination made the impossible possible."

The Justice Department has not charged WikiLeaks founder Julian Assange with a crime, but US law enforcement officials have publicly acknowledged he is the subject of a criminal investigation.

"(Manning) should never have been prosecuted and sentenced to decades in prison. She should be released immediately," said Barry Pollack, an attorney representing Assange, following the commutation announcement. "For many months, I have asked the DOJ to clarify Mr. Assange's status. I hope it will soon."

Assange has lived in the Ecuadorian embassy in London where he was granted asylum in 2012 to avoid potential extradition to the United States and extradition to Sweden, where he risked prison time over accusations of sexual assault.

Assange has denied the validity of the sexual assault claims, but in several WikiLeaks tweets prior to Manning's commutation, Assange offered to submit himself to a US extradition in exchange for her release. The offer struck a puzzling note because the US has not made an extradition request for Assange.

Cartwright's career was marked by decades of distinguished military service. From August 2007 to August 2011, he served as the second-highest uniformed officer and, before that, he served as commander of US Strategic Command. During his tenure in these posts, he held the highest security clearance, and retained top security clearance upon his retirement from the military in 2011.

Federal prosecutors had sought a two-year prison sentence for Cartwright in court filings earlier this month, but his attorneys asked for probation, emphasizing his desire to persuade journalists to modify their reporting to protect national security interests.

"General Cartwright understands the magnitude of his offense and deeply regrets the decision that he made ... He has accepted responsibility and acknowledged his guilt," his attorneys wrote in court papers.

"(I)n General Cartwright's communications with both journalists, he successfully persuaded them not to report information that would be harmful to the United States."

One of those reporters, David Sanger of The New York Times, submitted a letter in support of Cartwright explaining that "throughout the interview, (Cartwright) consistently showed his concern that information damaging to US interests not be made public."

The other reporter, Daniel Klaidman, who wrote for Newsweek, also submitted a letter on Cartwright's behalf, as did several current and former members of Congress, along with military officials from the Bush and Obama administrations, all urging the judge for leniency in light of Cartwright's decorated military career.

Cartwright, 67, served 40 years in the US Marine Corps and was widely regarded within the military for his technical acumen and work in the areas of nuclear proliferation, missile defense and cybersecurity.

He was scheduled for sentencing before DC District Court Judge Richard Leon on January 31.