Chicago Bears: No fans allowed at Soldier Field at start of NFL season due to COVID-19 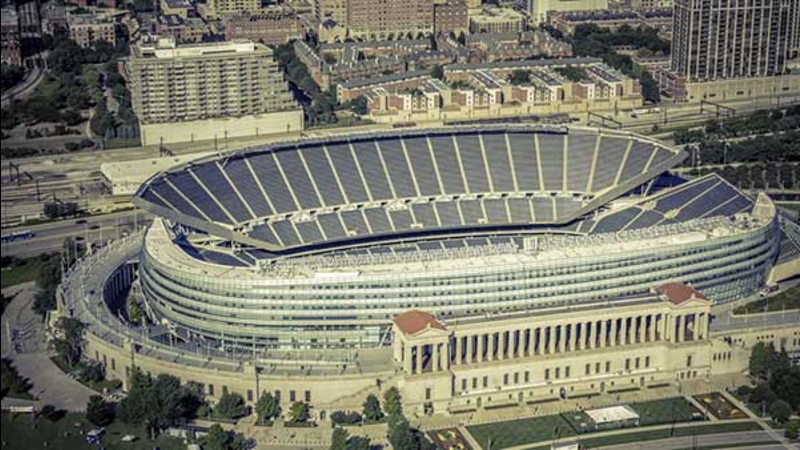 CHICAGO (WLS) -- The Bears' fan experience will look a lot different this year.

The Chicago Bears announced Monday they will not welcome fans back to Soldier Field for the football season due to the COVID-19 pandemic.

In a statement, the Bears said they worked with Soldier Field, the Chicago Park District and public health officials to determine whether a plan for fans that followed city, state, CDC and NFL guidelines could be developed to allow a limited number of fans at Bears games.
"After discussing the draft plan with city health officials, the Bears and the City of Chicago agreed the health metrics show that it is not the right time to welcome fans back to Soldier Field," the team said in a statement. "The health and safety of the city's residents and fans of the Bears will always take priority."

"The team and City will continue to monitor the environment and believe there can be a sound plan to bring fans back to Solider Field once it is deemed safe and appropriate," the statement continued. "Until then, Bears home games will not include in-person fans."

For concession clerks, the news puts a damper on game day traditions.

It might be Matt Ozark's signature call. As he roams the stands in Chicago sports arenas selling everything from beer to candy, Ozark has been able to combine his love for Chicago sports and fans into a living.

Except this year, 2020, when Covid-19 cancelled everything.

"It's fun. The fans are great. If you told me it was over, I might start crying," said Ozark.

Of course most everyone is hoping for a return to normal, when Ozark can decorate his beer stand for a Jimmy Buffett concert or have his family help out at the stand.

It's already been a tough summer with the Cubs and Sox playing in empty ballparks. No fans means no one to buy beer or popcorn. And that's how it will be for at least the start of the season at Soldier Field.

It would have been Bob Chicoine's 33rd year.

"There's so much that goes on outside the games, the smells, the sounds. All that you miss," he said.

On a typical game day the stadium security, ushers, concessions and parking would employ about 2,800 people. This season, with no fans, they will only need about 60 to 70 people working at Soldier Field. And the fans, who are like family to Matt Ozark, will be left to watch at home.

"I'm just hoping they can come back. Without them, we're not needed," said Ozark.

Soldier Field officials are hoping the city will allow a small number of fans into games later in the season.

The Bears are not the only team to opt-out of fans for the time being.

The Atlanta Falcons said coronavirus has forced them to have no fans at Mercedes-Benz Stadium for at least all of September. They will continue to collaborate with local and national health officials before deciding on the possibility for fans in games after September.