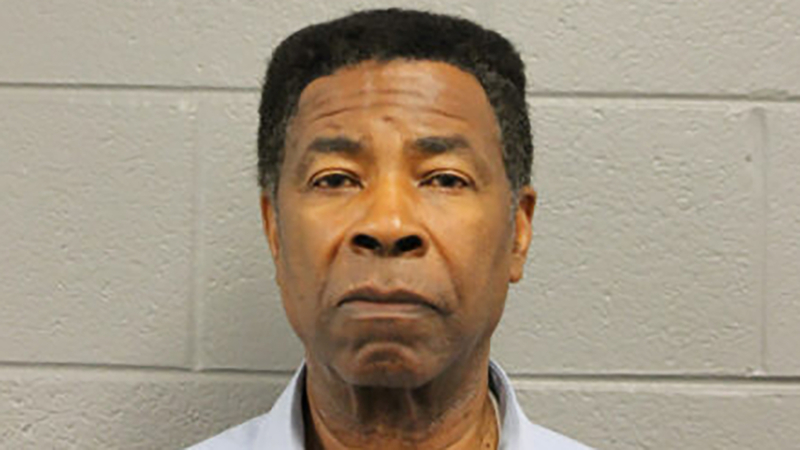 CHICAGO (WLS) -- A Chicago bishop and retired Chicago Fire Department assistant commissioner has been charged with sexual abuse, according to the Cook County State's Attorney's Office.

Jerry Jones, 71, is facing three felony charges for crimes that allegedly took place over the course of two decades.

Jones allegedly sexually abused the victims at multiple locations, including one of the churches and at his home, when he was 42-66 years old, prosecutors said.

A 21-year old woman, who was 11-years old at the time, claims Jones used pastoral counseling meetings as an opportunity to inappropriately touch her, police say. The victim also told police he would use Bible verses to speak to her inappropriately about sex.

Jones also allegedly asked for the victim to send nude photographs of themselves.

The victim said when she was 17-years-old she told two members of the church, including a minister, who notified Jones' wife. The church then allegedly put Jones and the victim on a "restoration plan" that the victim claims was intended to punish both.

In June 2020, the victim says she then became aware of other victims through a Facebook post about Jones' abusive behavior, prompting them to file a police report on June 8, 2020, CPD says.

The two other victims claim they were between the ages of 5-14 years old when they were allegedly abused by Jones.