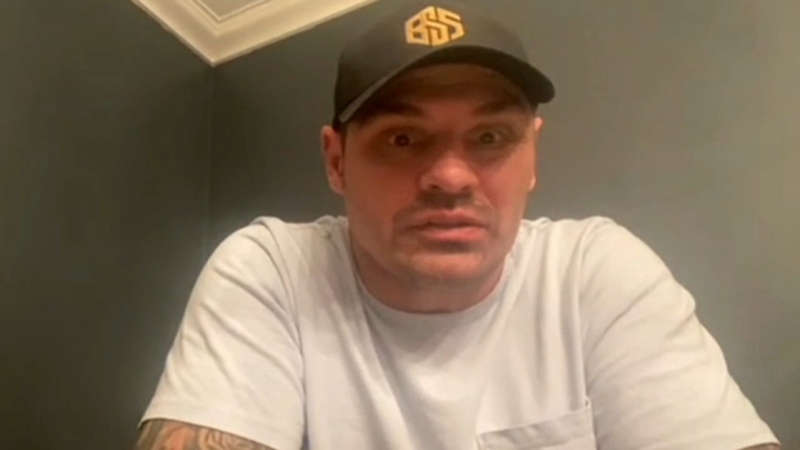 "What happened to Kyle Beach should never happen to any human being," Brent Sopel said.

Kyle Beach revealed on TSN that he was the former Chicago Blackhawks player at the center of sex assault allegations against coach Brad Aldrich.

The two players didn't have a personal relationship before this week, but Beach reached out to the fan favorite after learning Sopel vocally supported him.

"You don't need a personal relationship to do what's right," Sopel said. "My response is, I've got your back. Just like I've got every victim's back moving forward."

Sopel said he also spoke up to team management back in 2010, and then his focus remained on the ice. Just two weeks after the Stanley Cup victory, the Hawks traded him to Atlanta.

On Friday, the Blackhawks asked the Hockey Hall of Fame to remove Brad Aldrich's name from the Stanley Cup. Aldrich was the former video coach for the team when Kyle Beach said he was sexually assaulted him.
RELATED | Chicago Blackhawks scandal: Meet attorney Reid Schar, investigator who unraveled front office

Aldrich is now a registered sex offender in Michigan after sexually assaulting a 16-year-old boy in 2013.

The NHL commissioner met Friday with Winnipeg Jets GM Kevin Cheveldayoff, the former assistant general manager of the Hawks. He was not disciplined. But Joel Quenneville lost his job with the Florida Panthers after his meeting with the NHL.

"This is just bigger than the Chicago Blackhawks," Sopel said. "Every victim who has ever been a victim, this is for you guys. Nobody should ever go through this."

Kyle Beach's attorney said Friday that Beach is scheduled to meet with the NHL commissioner this weekend on a Zoom call. The NHL requested the meeting.

Victims of sexual assault in Chicago can find help locally, including through the YWCA Metropolitan Chicago rape crisis hotline. That number is 1-888-293-2080.