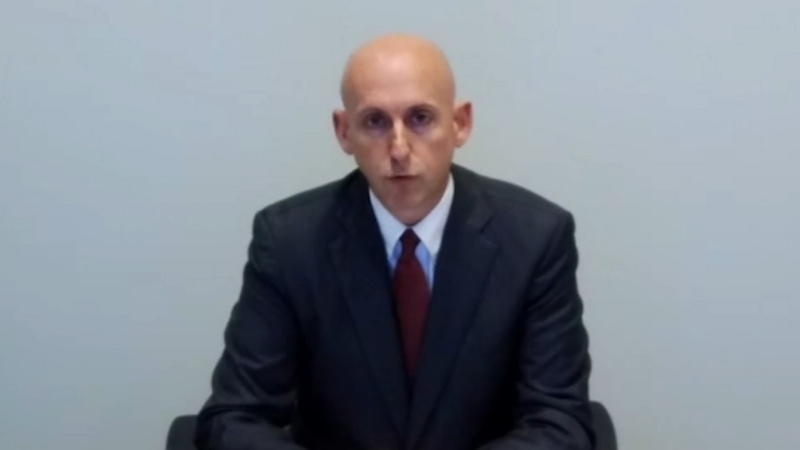 Meet the investigator who cost Blackhawks GM his job

CHICAGO (WLS) -- Meet the man who led the look that has unraveled one of the NHL's oldest franchises.

Attorney Reid Schar ran the Chicago Blackhawks case like a federal investigation, and with good reason. Schar spent 13 years as a federal prosecutor in Chicago, taking down corrupt politicians and terrorists.

"Our investigation was precipitated by the May 2021 filing of a lawsuit in state court in Illinois, against the Blackhawks by a hockey player formerly affiliated with the team. Neither I nor my firm represent the Blackhawks in the civil litigation," Schar said in a Tuesday press conference.

Schar, now with the law firm of Jenner & Block, spent months preparing a 107-page investigative report, a roadmap of how the Blackhawks sexual assault scandal evolved.

Schar peeled back more than a decade of payroll evidence, travel records, emails and text messages. The independent report, commissioned by the Blackhawks, seems to hold nothing back in a graphic description of who did what and when.

"Our investigation was independent and it was thorough," Schar said. "The Blackhawks directed us to follow the facts wherever they lead and that is exactly what we did. We were permitted to conduct an investigation independent of interference or influence."

Although the arena was professional hockey, Schar used tactics and techniques similar to his prosecution of former Illinois Gov. Rod Blagojevich and investigation of the New Jersey bridge scandal that focused on then-Gov. Chris Christie.


As in those cases, documents and witnesses were central. According to the Blackhawks report, 139 witnesses were questioned including former team video coach Bradley Aldrich and 21 current and former Chicago players.

Aldrich was accused in court documents of sexually assaulting a Blackhawks player, the incident that triggered the shakeup and $2 million league fine announced Tuesday.

Schar said he examined 100 gigabytes of electronic records from 145 people and 49 box loads of hard copy records including all available records naming Aldrich.

Schar said the evidence makes clear that the club took no action for three weeks after the alleged sexual harassment and misconduct came to light.