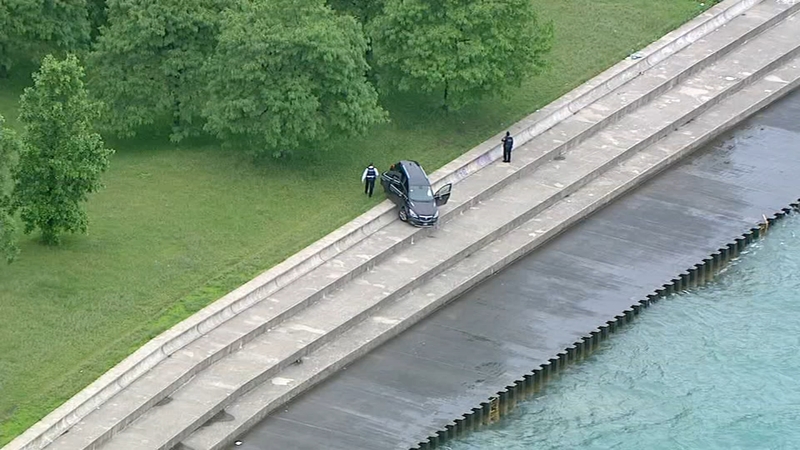 CHICAGO (WLS) -- A 30-year-old Chicago man faces a slew of charges after carjacking an SUV and crashing it on DuSable Lake Shore Drive, on the edge of Lake Michigan, earlier this week, Chicago police said.

Deshawn Singleton is accused of taking a vehicle at gunpoint from a 40-year-old woman about 8:30 a.m. Tuesday in the 3500-block of South State Street, between Guaranteed Rate Field and Chicago Police Department headquarters, and then crashing the car in the 5000-block of South Lake Shore Drive, according to CPD.

The SUV was left hanging on the edge of the break wall near 51st Street.
He then battered and robbed a 26-year-old man who tried to help him, Chicago police said. The man was taken to University of Chicago Medical Center in fair condition.

He also allegedly tried to carjack a 44-year-old man, but was unsuccessful, and reportedly tried to disarm a responding police officer.

He was arrested just after 9:15 a.m. Tuesday in the 5100-block of South Hyde Park Boulevard.

He's due in court Thursday.