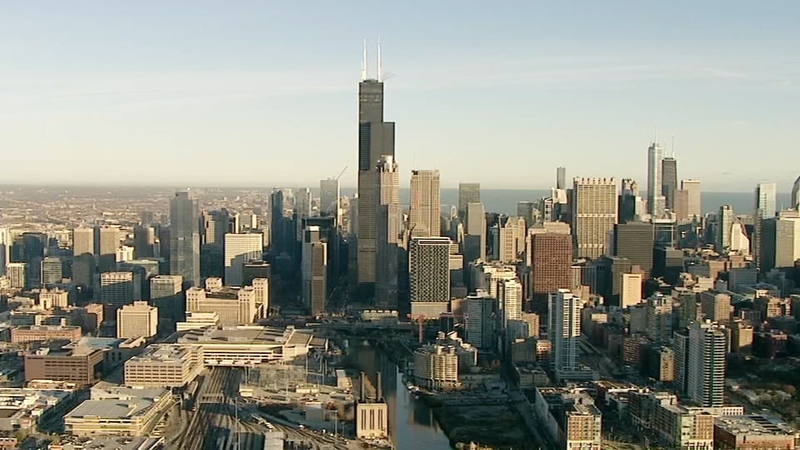 City to evaluate Chicago casino proposals and what they will bring

CHICAGO (WLS) -- The companies looking to bring a casino to Chicago have now laid their cards on the table. The proposals will next be reviewed by a team of city department leaders.

"So we are very encouraged by what we've seen with these five bids," said Samir Mayekar, Deputy Mayor of Economic and Neighborhood Development

Two of the bids are from Bally's Corporation, two others are proposed by Rivers gaming and the fifth is by Hard Rock Cafe.

RELATED: 5 proposals submitted for casino-resort in Chicago, including for South Loop

"There's a large consideration of this project will be the overall economic and financial impact that's brought to the city," said Jennie Huang Bennett, City of Chicago Chief Financial Officer.

The Bally's casinos would be the biggest with 3,400 slots machines proposed at both locations; one along the river by Chicago Avenue and the other in the McCormick Place truck marshaling lot just north of 31st and DuSable Lakeshore Drive.

The two Rivers Gaming sites propose 2,600 slots either at the Lakeside center of McCormick Place or at the property known as the 78 along the Chicago River, south of Roosevelt.

The Hard Rock bid calls for 3,000 slots and would be built just south of Soldier Field.

Each location will offer gaming tables, numerous restaurants and bars, entertainment venues and either an on-site hotel or access to ones nearby.

"I think it's really too early to say anything about an advantage. I, you know, at this point, we're really just trying to get a handle on the numbers," Huang Bennett said.

The city is banking on an estimated $200 million in revenue per year from a casino, with the money earmarked for police and fire pension payments. The winning bid is also expected to generate thousands of jobs.