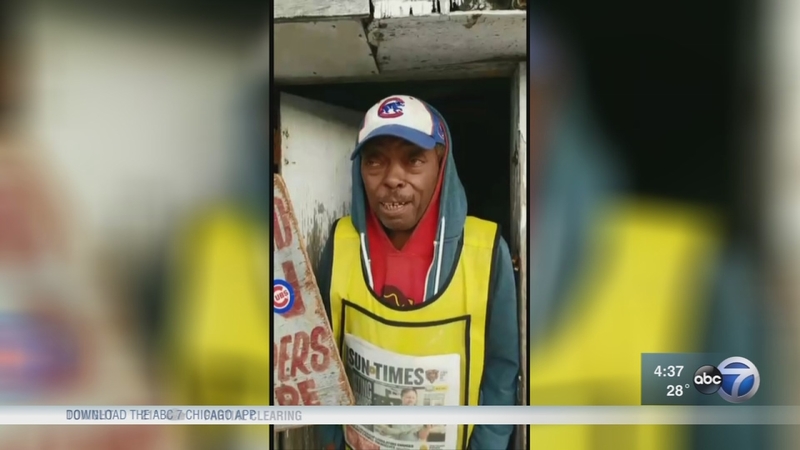 CHICAGO (WLS) -- A Chicago police lieutenant is being honored for his influence on the life of a homeless veteran.

Chicago Police Lieutenant John Garrido built a friendship with Anthony Johnson as he helped the homeless vet rebuild his life.

"Being a police officer, it's in our DNA to help. That's what we do," Garrido said.

Their story began over a year ago, when the 27-year member of the force saw the 60-year-old Air Force veteran barely eking out a living selling newspapers of out a dilapidated shack at the intersection of Foster, Milwaukee and Central that Johnson also sometimes called home.

Garrido immediately took action, using social media to ask for the community's help. Not only did the GoFundMe page set up by the officer raise more than $7,500 to help Johnson pay rent for a year, but donations of materials and time rolled in.

The result was a refurbished newspaper stand complete with murals celebrating Johnson.

On Tuesday, the Chicago Police Memorial Foundation named Garrido its officer of the month for his acts of kindness.

"Shocked by the help. A lot of shock about the outpouring. It's always been nice people that I see every Sunday," Johnson said.

Johnson only makes $125 a month selling papers and hopes to get a full-time job- perhaps at a hospital where he worked after getting out of the service. In the meantime, he's grateful for his new friend.