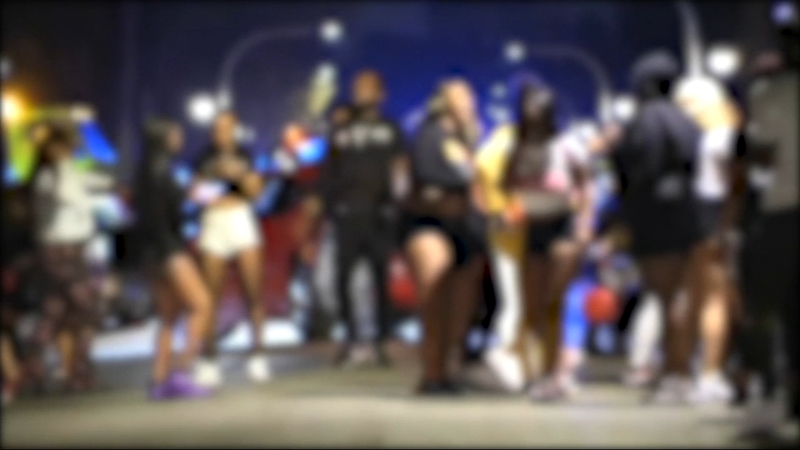 Parties amid pandemic could result in citations, arrests, even jail

CHICAGO (WLS) -- Chicago Mayor Lori Lightfoot said citations, arrests and even jail are among the potential penalties for people getting together for parties during the pandemic.

Mayor Lori Lightfoot issued a warning to all Chicago residents after police broke up gatherings of 50-150 people on Friday night.

Her threat comes after people were spotted gathering in big crowds this weekend, defying the city's social distancing guidelines.

Police were called to gatherings like this dozens of times over the weekend, including parties where large groups of people were gathered. It was probably the nicest weekend of the year so far, which officials say is a huge challenge.

Mayor Lightfoot said she is constantly looking for people who can help relate the message about social distancing and the danger of COVID-19 to young people. She said this is a difficult group to reach to help them understand that they could bring the virus home to relatives in the home who may be at a higher risk.

"When you send the police right away, the young people feel that this is war," said State Rep. La Shawn Ford, 8th District.

Ford said people from the community need to help get the message out about the need for social distancing. And he also believes higher penalties for violating the stay-at-home orders might help.

"I don't think people are really getting the message because they haven't really felt the impact in their pocketbooks," Ford said.

Video of these large gatherings and the police response send the wrong message, according to Mayor Lightfoot. She said fines and even arresting those who violate the stay-at-home orders are the last resort. But, if necessary, she said that's what the city will do.

"We're constantly looking for credible messengers to deliver important messages that are actually going to reach out young people in particular, but we can't give up this fight against COVID," Lightfoot said.