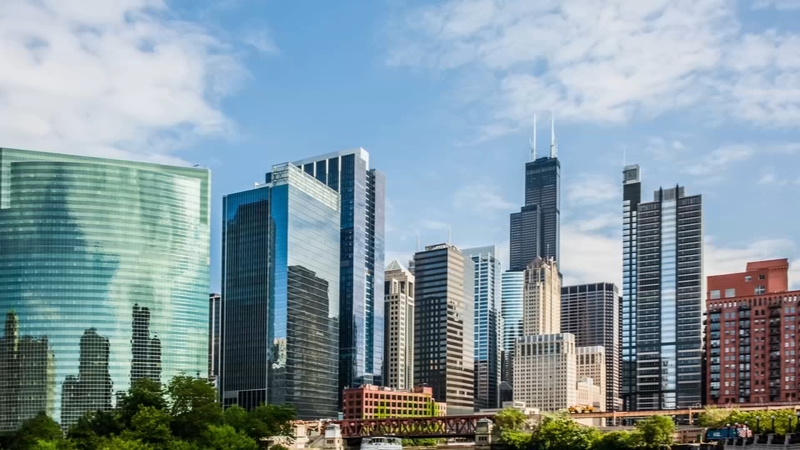 CHICAGO (WLS) -- A recent report by the University of Illinois in Chicago states that Chicago continues to be the nation's most corrupt big city, despite a decline in the number of federal convictions for public corruption.

UIC Political science professor and former Alderman, Dick Simpson, co-authors the report entitled, Corruption in Chicago and Illinois with Marco Rosaire Rossi, a UIC political science Ph.D. student, and Thomas J. Gradel, a former political media consultant. Together, they examine and analyze public corruption statistics published annually by the Public Integrity Section of the U.S. Department of Justice. The most recent figures available from the DOJ are 2017's stats, which show that there were 25 public corruption convictions in Illinois's Northern District - a decrease from 30 convictions the previous year and the 33.6 average per year over the last 10 years. The Northern District includes all of Chicago and the northern third of Illinois, and despite this decrease Chicago remains the most corrupt big city in the U.S., according to Simpson.

The DOJ began keeping track of these statistics in 1976, and in the past 42 years a total of 1,731 people have been convicted of public corruption in Illinois's Northern District. Los Angeles (1,534), Manhattan (1,327), Miami (1,165) and Washington, D.C. (1,159) directly follow Chicago in public corruption convictions.

Illinois also ranked highly on the list of the most corrupt states in the U.S., taking the third place spot. Along with Chicago's 25 convictions, there were nine total convictions in Illinois's Southern and Central Districts, bringing the 2017 statewide total to 34. This is a decrease from the 44.7 convictions per year since 1976, and California, Texas, Florida and New York all have more public convictions than Illinois; nevertheless, the state remains the third most corrupt state on a per capita basis.

"While, the decades-long declines in Chicago's public corruption convictions may be encouraging, federal prosecutors recently jolted the electorate back to reality of Chicago's 'chronic corruption problems,'" Simpson says.

This 'corruption problem' was highlighted in the New York Times earlier this month. The article featured Chicago among four of the biggest cities in America, stating that they "are under the dark clouds of major federal corruption investigations." This report comes after the U.S. Attorney charged Edward Burke (Ward 14), Chicago's most powerful Alderman and Chairman of the City Council's Financial Committee, with attempting to extort a restaurant owner. Alderman Daniel Solis (Ward 25), Chairman of the Zoning Committee, is also facing the heat as he is currently under investigation and cooperating with federal prosecutors.

With the Municipal elections less than two weeks away, the fourteen Chicago mayoral candidates are responding to the Burke/Solis scandal with various reform and anti-corruption proposals. The candidates all agree with banning or limiting outside income for aldermen, eliminating the practice of aldermanic privilege, term limits for the mayor and alderman, and expanding the powers of the city's inspector general.