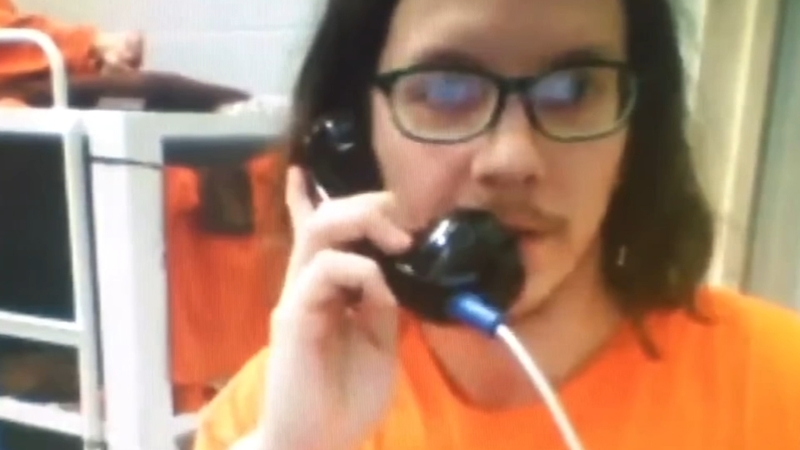 CHICAGO (WLS) -- The ABC7 I-Team has learned that Chicago's most notorious computer hacker is claiming COVID-19 has kept him locked up in federal prison longer than necessary.

Convicted hacker Jeremy Hammond doesn't have the virus, but he said he is feeling the effect of a prison system overrun by it.

Hammond, a Glendale Heights native, is wrapping up a 10 year federal prison sentence for hacking government and business computer systems. He said he should already be in a halfway house or home confinement, but the coronavirus pandemic has frozen prisoner movements.

"You know it's been months, we've had no fresh air, no sun, at a time when our immune system needs to be the strongest because of the coronavirus, they're starvin' us," said Jeremy Hammond last month.

In a new court filing Hammond is asking a judge for compassionate release because of the virus that has been raging through the U.S. prison system, killing more than 100 federal inmates nationwide.

"For the past 3.5 months Mr. Hammond has been waiting in limbo in the BOP's byzantine transit system," his attorney said.

The odyssey for Hammond began in Virginia when he refused to testify before a federal grand jury that is investigating WikiLeaks founder Julian Assange.

Hammond was found in contempt, but that punishment expired in March.

The Chicago hacker said he was driven in a van with eight people to Grady County jail in Chickasha, Oklahoma, one of the federal prison overflow facilities.

After a couple months Hammond's attorney said he was moved to a private prison, the Tallahatchie County Correction Facility in Tutwiler, Mississippi.

That occurred all while his official status was "in transit," even though defense attorneys said he was already eligible for release on home confinement or to a halfway house.

Hammond was then to be moved to a federal correctional center in Yazoo, Mississippi, and quarantined for two weeks, before finally returning to home-base: the U.S. prison in Memphis, Tennessee.

Hammond's attorneys said he is not a threat to the community and has a concrete reentry plan that they submitted to the judge in New York where he was prosecuted.

His plan is to return to Chicago and live with his brother in Pilsen.