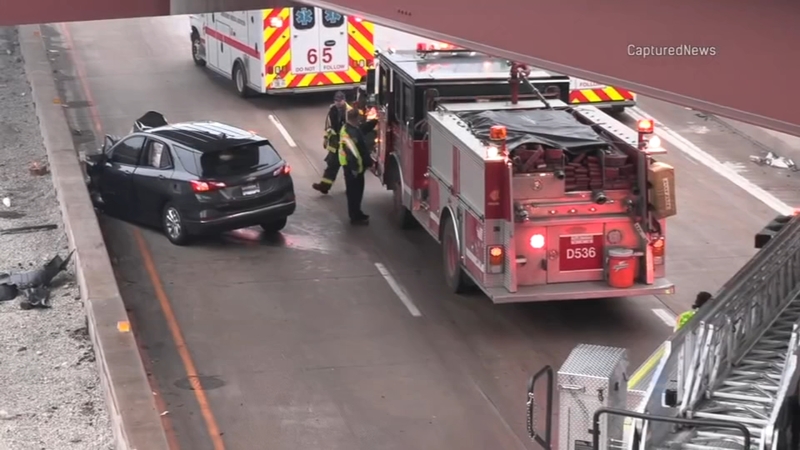 CHICAGO (WLS) -- Five people, including a baby, were injured in a crash on a ramp from the Dan Ryan Expressway to the Eisenhower Expressway Friday morning, Illinois State Police said.

The two-vehicle crash occurred at about 6:55 a.m. Police said four adults and a baby were transported to hospitals. Chicago Fire Department officials said the baby was transported in critical condition.

A citizen attempted to drive the infant to the hospital themselves, but then pulled over and awaited an ambulance, which took the infant in critical condition to Stroger Hospital, according to Chicago fire spokesman Larry Merritt.

Merritt said four other adults, three male and one female, were taken in either fair or serious condition to Stroger and Mount Sinai Hospitals

The northbound ramp from I-94 to westbound I-290 was closed while police investigate.