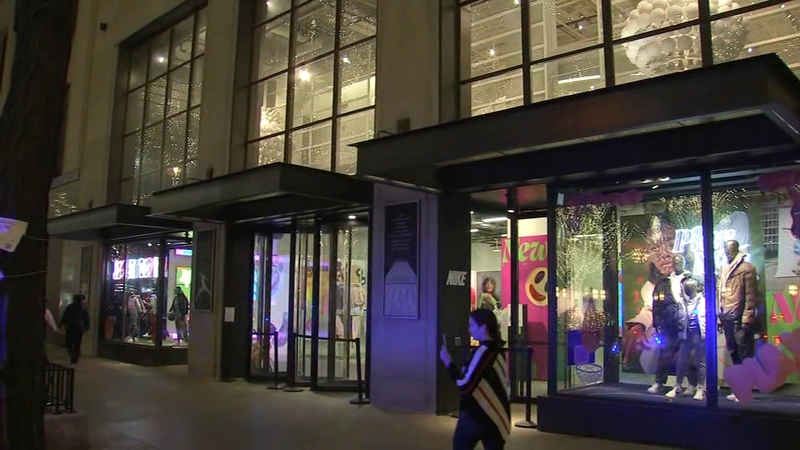 CHICAGO (WLS) -- A 16-year-old girl has been charged in connection with Magnificent Mile robberies, police said.

Police said the girl was arrested Wednesday night at 7:01 p.m. in the 700 block of North Michigan Avenue. About 30 minutes before the arrest, the girl entered and stole merchandise from retail stores in the 600 and 700 blocks of North Michigan Avenue. She and another offender took items from the Zara store around 6:30 p.m. When employees approached them, one of the offenders showed a taser and they both fled, police said. Later, the pair entered the Nike store and began to take items when a security guard confronted them.

The 16-year-old then battered the 27-year-old security guard with a Taser, police said. Responding officers placed her into custody and she has been charged with two felony counts of armed robbery with a dangerous weapon and one felony count of aggravated battery.

The security guard was treated and released on scene, police said. Police did not provide further information about the incident.