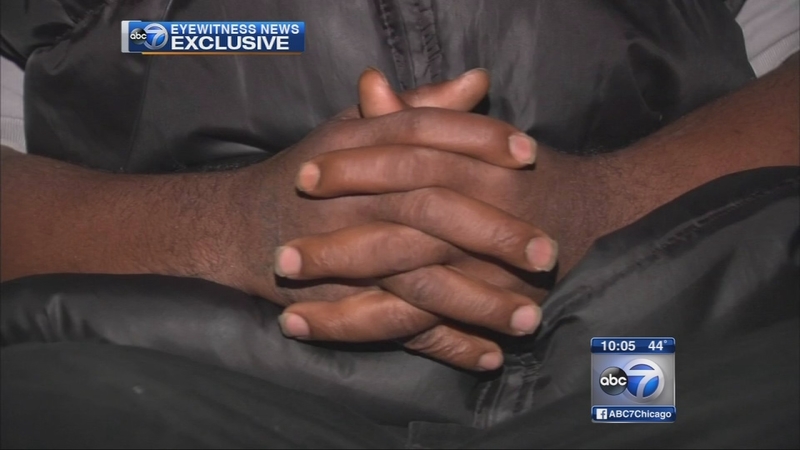 Father of 15-year-old gunned down speaks

CHICAGO (WLS) -- The father of a 15-year-old boy who was wounded in a shooting this week, which killed a 20-year-old woman, said Friday that his son will need several surgeries to recover.

The boy, who is being treated at Advocate Christ Medical Center in Oak Lawn, was one of several youth shot this week in Chicago, including a 9-year-old boy believed to be targeted and two shootings outside schools. Coincidentally, Spike Lee released the trailer for his "Chi-Raq" film about Chicago gun violence.

He said his son is breathing on his own, however, "the bullet did a lot of damage to his organs."

The 15-year-old was gunned down while walking with Kaylyn Pryor, 20, an aspiring model from Evanston who was visiting her grandparents in the Englewood neighborhood. Pryor died. The father said that Pryor and his son put their hands up, but the gunmen fired anyway.

"It's been really disappointing and sad what's happening in our communities," the father said.

The shooting happened just hours after a 9-year-old Tyshawn Lee was lured to an alley and shot execution style in the Gresham neighborhood.

Both shootings remain unsolved. The code of silence is sticking.

"Even though you are scared, there's people to help and one person would make a difference," said Christie Tate, who lives in the neighborhood where one of the shootings occurred.

On Thursday, a 14-year-old boy who attends Baker College Prep in South Chicago was shot and wounded outside the school. He was recovering Friday night at Comer Children's Hospital. A 16-year-old was arrested in that shooting Friday.

And then Friday afternoon, the chilling echo of gunfire again. Three teens shot while walking between buildings at the campus of Excel Southwest Academy during school hours.