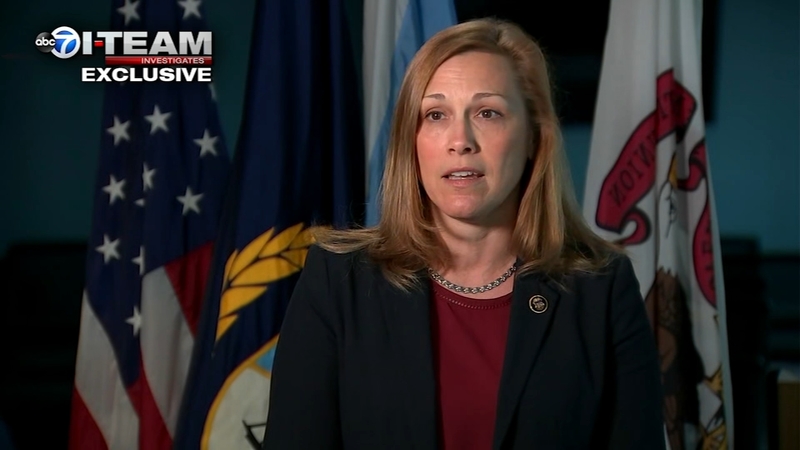 CHICAGO (WLS) -- Nearly all at once, Chicago's most crucial federal law enforcement agencies have new crime-fighters atop the ranks.

DEA, the FBI, IRS/Criminal, the U.S. Attorney and now ATF-the Bureau of Alcohol, Tobacco, Firearms and Explosives. ATF is the agency that regulates guns in this country.

The I-Team talked exclusively with new ATF-Chicago boss Kristen deTineo, who grew up in the Beverly neighborhood on Chicago's South Side. She is coming home to oversee the ATF office here, by way of Washington D.C., Baltimore, Virginia and San Diego.

But deTineo's story isn't as much where she's been but how she got there.

"I have a mom who's a nurse. I have an uncle who's an ATF agent," said deTineo, who is both.

Her public service career began as a Navy nurse. She was once assigned to the USS Comfort, the hospital ship that just pulled out of New York Harbor after treating COVID patients.

"I was in the active reserves at the time 9/11 had happened," she told the I-Team. "I had only come off of active duty about three months prior to that, and there was a definite need for nurses."

And so after the al Qaeda attack on America in 2001 she delayed her coveted move to ATF, but eventually became a federal agent.

"My uncle who was an ATF agent was the one who really pushed me to understand what ATF was, as I became an adult and I saw the mission. I loved it: reduce violent crime," she explained. "I liked the closeness that the reputation they have of working with their state and local partners."

One of her pet projects is gun tracing, the ATF's push to determine whether gun's used in one crime were involved in others as well...and how they fell into illegal hands.

"It is important for us to look at that shooting cycle from all angles," deTineo explained. "So with comprehensive tracing, we can try and work to identify the point at which that gun is diverted from legal commerce into the illegal market."

She arrives in Chicago as law enforcement is struggling to cope in the COVID-19 era.

"It has changed the way that we protect our people," she said. "The type of equipment that we give them. But the crime is still, still there and thus we are still there."