More than 100 Chicago homicide cases closed without charges in 2021 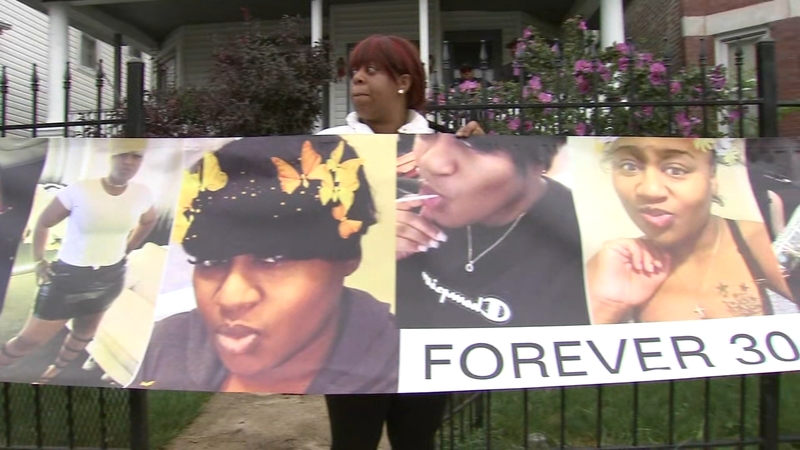 Over 100 Chicago homicide cases closed without charges in 2021

CHICAGO (WLS) -- When Chicago police detectives build a murder case and take it to the Cook County State's Attorney, sometimes charges aren't approved. But if police believe they solved the crime and found the right suspect, they can declare the case closed and the investigation is effectively over. It happened more than 100 times last year, leaving families of victims without answers.

"I can't describe what I felt, I just know I felt a lot of pain," Kiara Newsome said about the loss that still ripples through her family. Her sister Tiara Taylor was shot and killed in July 2020. No one has been charged in her death.

"You already lost your daughter and now it's heartbreaking that you can't get any justice after all this," Felicia Guilty, Taylor's mother, said.

Police body camera footage of the night Taylor died, obtained by the I-Team through a Freedom of Information Act request, shows her husband Jarod Wallace.

"I can't live without her, man!" Wallace says on the recording. He tells responding officers that the couple had an argument and fought over a gun.

CPD: "So tell me what happened, you guys got into it?"

Wallace: "We got into it and she, and we, and she pulled the gun on me and we wrestled and then the gun went off!"

Officers on scene took Wallace into custody. Wallace told authorities Taylor "shot herself" but the medical examiner said that was "not likely and nearly impossible." Detectives wrote he was "the only person capable of causing the GSWs sustained by the victim."

Prosecutors with the Cook County State's Attorney's Office rejected charges because "they cannot defeat a future claim of self-defense" by Wallace nor his claims that Taylor was the aggressor.

According to the police reports, prosecutors believed Wallace was "lying about how the victim was shot and where the gun was at the time of the shooting" but still rejected charges.

Jarod Wallace would not do an interview for this report. He told the I-Team that "she pulled the gun," he would be in jail if he had done something wrong and that he doesn't "like talking about the situation"

"This is really hard. This is hard for my family," said Guilty. "I prayed that I would get justice. I prayed somebody would answer for this."

Taylor's case is listed on police documents as having been closed on December 31, 2020. Police call this case exceptionally cleared because of a bar to prosecute. That means police and prosecutors believe they've fully investigated the case and identified the right suspect. But prosecutors don't think the case will ultimately hold up in court.

Data obtained by the I-Team shows 135 Chicago homicides cleared this way in 2021. That's 34% of the homicides that CPD marked as solved last year. Cases closed, no charges.

"The people who survived the homicide, the parents, the wives, the children, friends are just devastated when in their mind the state hasn't acted responsibly to solve the crime," said Charles Wellford, Professor Emeritus, University of Maryland Criminology Department.

Professor Wellford studies homicide investigations across the country. He tells the I-Team that the way Chicago closes cases is unusual.

"Most agencies that, in my experience, do not use what you're calling "bar to prosecute" as an exceptional clearance category," Professor Wellford told the I-Team.

Chicago police officials would not do an interview for this report telling the I-Team they use the FBI standard for defining exceptionally cleared cases when they "encountered a circumstance outside the control of law enforcement that prohibits the agency from arresting, charging, and prosecuting the offender "

The Cook County State's Attorney's Office also would not do an interview for this report. Instead, they wrote in a statement that they extensively reviewed the Taylor case and determined that the evidence didn't meet their burden of proof for murder charges. They added that they "look at each case on its own merit" and "file charges when it's appropriate to do so." They said they approved charges in "nearly 90% of adult felony cases" in 2021.

"I just feel like they're not doing their jobs," said Kiara Newsome. "They let it go as if she didn't matter and she matters to us. She matters to her son, that, she didn't deserve to die."

Now, as more than a year and a half has passed without answers, the victim's mother Felicia Guilty says she's disappointed police or prosecutors didn't do more in this investigation.

While last year's 400 homicide cases is the most that CPD has cleared in 19 years, in fewer than half of those cases someone is actually facing charges. Last year, 34% were cleared by bar to prosecution and 17% of cleared cases were linked to suspects who are dead.
Report a correction or typo
Related topics:
chicagocook countymurderchicago crimehomicide investigationhomicidechicago violencecook county state's attorneyi teamchicago police department
Copyright © 2022 WLS-TV. All Rights Reserved.
I-TEAM
Postal police say they are sidelined during time of heightened crime
ISP combating expressway shootings with new technology, tactics
IN man pleads guilty to being in US Capitol during Jan 6 insurrection
Could remains in shrinking Lake Mead be tied to Chicago mob?
TOP STORIES
Security guard shoots man in buttocks at Millennium Park
Chicago mass shooting victim ID'd as father of 2, with twins on way
Teen boy's death after scam is part of increase in 'sextortion': FBI
At least 1 dead, 44 injured after tornado strikes northern Michigan
9 shot, 2 fatally, on Near North Side
Roz Varon's Weekender Report
Chicago Weather: Occasional showers, thunder Saturday
Show More
BARK returns to the park to support dogs in need
Russia's claim of Mariupol's capture fuels concern for POWs
2 robberies happen 1 day apart at CTA bus stop on South Side: police
US, South Korea open to expanded military drills to deter North
3 wounded in separate shootings on South Side, Chicago police say
More TOP STORIES News