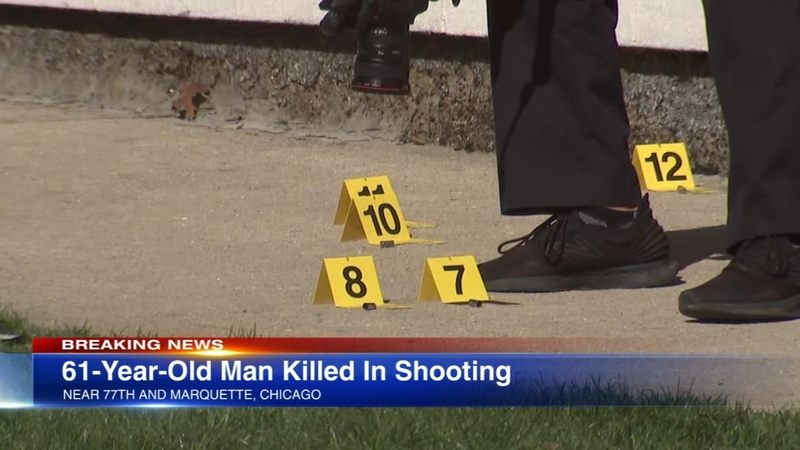 CHICAGO (WLS) -- A man was shot and killed on the West Side Friday afternoon - the fourth murder victim over seven hours in Chicago.

The man, 31, was shot in his back around 1:20 p.m. in the 800 block of North LeClaire Avenue in the city's South Austin neighborhood, Chicago police said. Paramedics took him to Stroger Hospital, where he was pronounced dead.

At least three other people were murdered in Chicago on Friday.

RELATED: Chicago sees a drop in homicides, shootings; carjackings, other crimes up from year ago

About an hour earlier, a 61-year-old man was shot to death in the South Shore. At least two gunman came up to him on a sidewalk in the 7700 block of South Saginaw Avenue and opened fire. He died of a gunshot wound to his chest at South Shore Hospital.

Chicago police are also investigating after two men were found stabbed to death in the street, on the South Side.

The victims were found shortly before 7 a.m. in the 7500 block of South Sangamon Street in the city's Gresham neighborhood. Police initially found one man stabbed. After he was taken to a hospital and pronounced dead, officers canvassing the scene found another man dead of a stab wound to his neck.

Police reported no arrests in any of the murders.