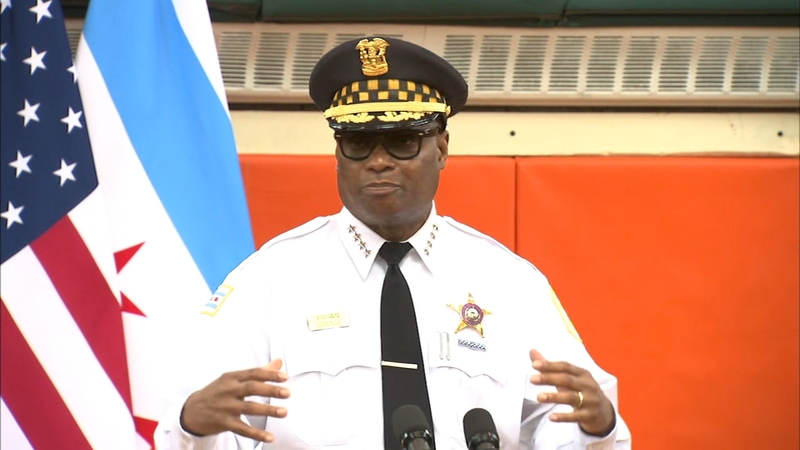 in the past, the holiday weekend is usually a very violent one. Last year, 32 people were shot, three of them killed.

Mayor Lightfoot and Superintendent Brown discussed this year's approach to public safety. They talked about opportunities for young people this summer as City Council approved a new curfew for minors.

Mayor Lightfoot highlighted the number of activities happening across the city this weekend, such as the Suenos Music Festival, the White Sox playing the Cubs and more.

Lightfoot said the city is open for everyone, including young people, saying people, "shouldn't be afraid of Black and Brown kids coming downtown. It's their city too."

Mayor Lori Lightfoot pointed to a variety of events happening across the city for Memorial Day weekend.

At the press conference, Lightfoot said it's important that parents know where there children are and that young people should, "conduct themselves in an appropriate way."

Police Superintendent Brown said the department would be engaging in pro-active police activities, including more foot and bike patrols, DUI saturations as well as partnering with community groups for youth programs.

Another approach is to have more police officers on the street. The ABC7 I-Team has learned all officers' days off are being canceled this week until next Tuesday.

Superintendent Brown said homicides are down 11% and shootings are down 16% across the city going into the summer.