Demand for private security in neighborhoods, businesses grows in Chicago and suburbs 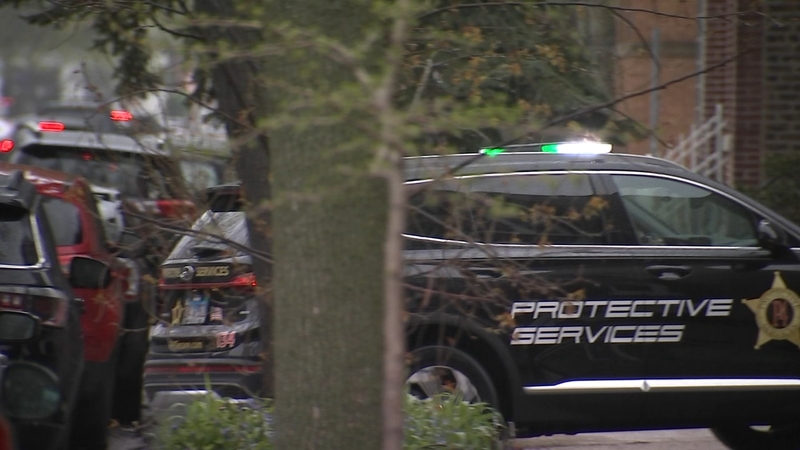 CHICAGO (WLS) -- As Chicago police officials ramp up staffing to head off possible Memorial Day weekend violence, a growing number of neighborhoods and businesses are hiring armed private security with hopes of curbing rising crime. Some business executives are now requesting armed security to take them to and from Chicago for meetings.

A group of concerned residents formed the Bucktown Neighbors Association and hired P4 Security Solutions in December, after a surge in robberies and carjackings. In the police beats that cover Bucktown, most crimes saw a drop as the pandemic began. But some bucked that trend, such as robbery; there were 113 last year, the most since 2017.

Armed guards have been patrolling the neighborhood between Winchester, North, Armitage and Paulina for the past four months.

"Just knowing that somebody is watching and monitoring and they're and consistently, you know, like circling around your block. I guess that could be reassuring," said Bucktown resident Juan Sanchez, Jr.

The cost is about $200,000 a year, but can vary depending on how many guards work per shift and the hours they patrol. Not all residents pay for the service.

"These neighborhood watch programs have been around for a long time, and then with the current circumstances, the way things are, more and more people got interested," said Paul Ohm, executive vice president of P4 Security Solutions.

P4 also patrols parts of Lincoln Park and Lakeview, an area around the University of Chicago campus in Hyde Park, and a section of the Chicago and Evanston border. They also provide security in the area for hospitals, high rises, cannabis dispensaries and other businesses.

They use an app to communicate with residents during their neighborhood patrols.

"What we're doing is we're identifying key components which contribute to crime and that's targets of opportunity," said Ohm.

"My thoughts on it is that unless the security people have arresting powers, I think you're probably putting them in more danger," said 17th Ward Alderman David Moore.

P4 executives say their training goes above and beyond what is required by the state.

"I think for us to be able to provide off duty police officers, which we believe is the highest trained level of security that you can provide," said Steve Vitale, executive vice president of P4 Security Solutions.

"When you have a situation that you want to de-escalate there's nothing better than having someone who's done that multiple times throughout their career," said Ohm. "They're only to use weapons in a life-saving, last-ditch situation."

Mayor Lori Lightfoot and CPD Superintendent David Brown ignored the ABC7 I-Team's requests for an on camera interview for this story. But during a press conference earlier this month, Lightfoot said, "They don't have any authority to patrol our streets; that is solely the province of the Chicago Police Department. And we don't want to have a circumstance where public safety is only available to the wealthy."

But for many reasons there aren't as many Chicago police available to patrol as there once were, or are budgeted by the city council. An I-Team analysis of FBI data shows that as of last September CPD has 12,023 sworn officers. That's down a little more than 1,100 from 13,160 in 2019.

"You start seeing places like Florida, Indiana and the suburbs recruiting officers, and officers are going there. The numbers are saying we'll have somewhere around 2,000 down. So that's the reality," said Ald. Moore.

"They run any number of risks, private security operations do. Profiling is certainly one of them. Excessive force is another one. Unequal treatment of the people that they're responsible for protecting, is yet another one," said ABC 7 legal analyst Gil Soffer.

"We're not looking to arrest or apprehend individuals, but we're looking to get that information in real time and share it with the authorities," said Vitale.

Some residents told the I-Team they don't like that the guards are armed, saying it makes them uncomfortable.

"This is not the solution for the problems," said Ohm. "But it certainly is part of it, and the public private partnership is critical."