WLS
CHICAGO (WLS) -- Chicago police released their January crime numbers and are touting a drop in crime overall last month, compared to a year ago.

But the city did see an increase in murders and shootings. 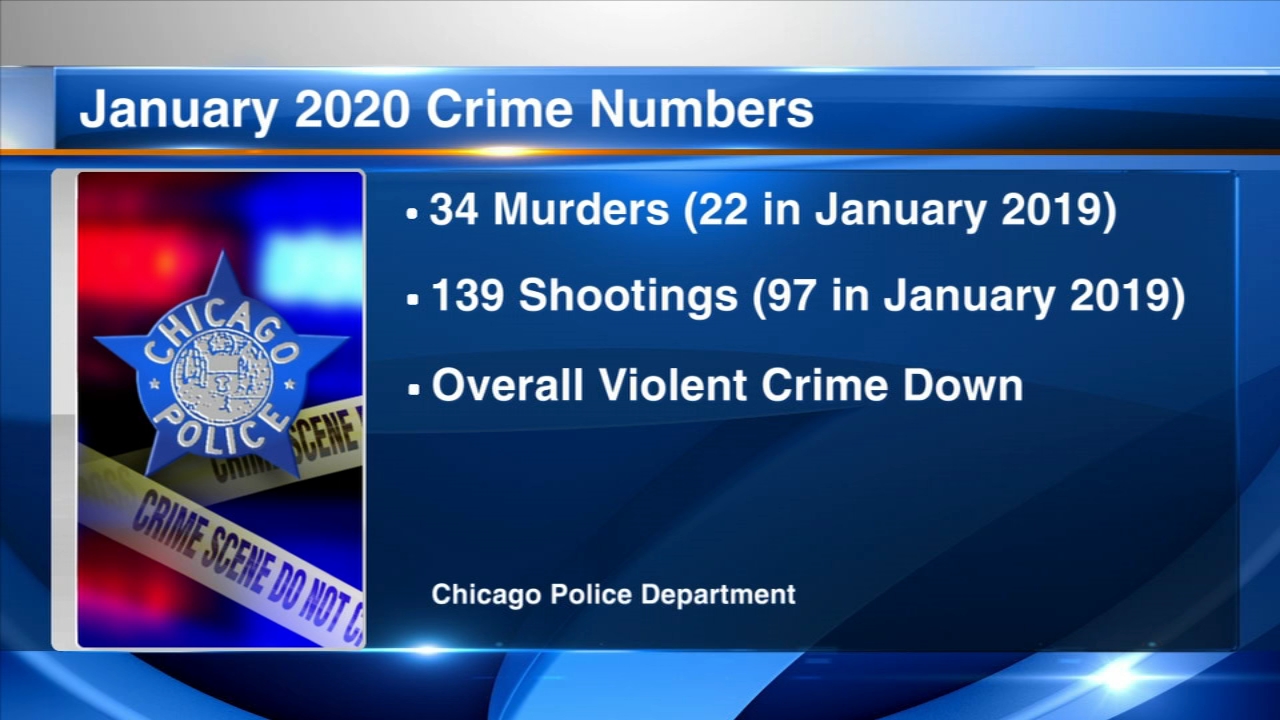 The number of shootings also went up, with 139 incidents reported in January this year compared to 97 last year.

Police said in a news release Saturday that the department is using an "all-hands-on-deck approach in an effort to stem violence, with community-based organizations, street outreach groups and law enforcement collaborating and coordinating resources and strategies to drive down crime across communities.

"I am confident that crime in Chicago will end the year with an overall decline and that trust will improve between residents and police," interim Superintendent Charlie Beck said. "The increases seen in January are alarming, and I expect officers to respond with increased vigilance and by paying greater attention to the needs of their communities. The department reorganization is designed to address this by putting more officers and detectives closer to the people living in all neighborhoods throughout the city."

As part of the department's efforts to combat rising crime, CPD announced a comprehensive restructuring plan on Thursday that will deploy more than 1,100 police officers and detectives back into city streets, maximizing public safety resources and personnel in neighborhoods that have seen an increase in crime, police officials said.

Reorganizing the Chicago Police Department will bring officers "back to the streets," officials said Thursday.

To further build on these efforts, the city also announced this month two Request for Proposals for a total of $7.5 million in investments to expand community-based street outreach in communities that need it the most and integrate trauma-informed victim services for those who are at the highest risk of violence.
Report a correction or typo
Related topics:
chicagonear south sideburglarytheftmurderchicago crimeshootingchicago violence
Copyright © 2020 WLS-TV. All Rights Reserved.
More Videos
From CNN Newsource affiliates
TOP STORIES