Cubs lose to LA Dodgers in Game 2 of NLCS 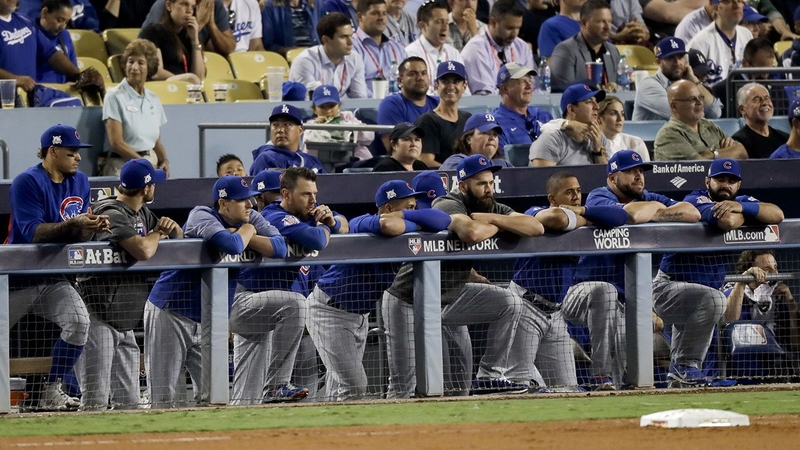 Cubs lose to Dodgers in Game 2 of NLCS

The Cubs trail the series, 2-0. The next game is 8 p.m. Tuesday at Wrigley Field.

Saturday night, the Cubs lost to the Dodgers, 5-2, in Game 1. Cubs manager Joe Maddon was ejected for arguing with umpire Mike Winters after a call at the plate was overturned by video review in the seventh inning.

Charlie Culberson of the Los Angeles Dodgers was originally called out at home on a single by Justin Turner. After a review that took 2 minutes, 45 seconds, Culberson was ruled safe due to the way catcher Willson Contreras blocked the plate.

Contreras extended his left leg as he caught the ball, preventing Culberson from touching home as he slid past. Major League Baseball instituted a rule prior to the 2014 season banning catchers from blocking home plate until they have possession of the ball. After the replay, Maddon stormed out of the dugout and began to argue. Winters, the crew chief, let him make a brief case before tossing him.