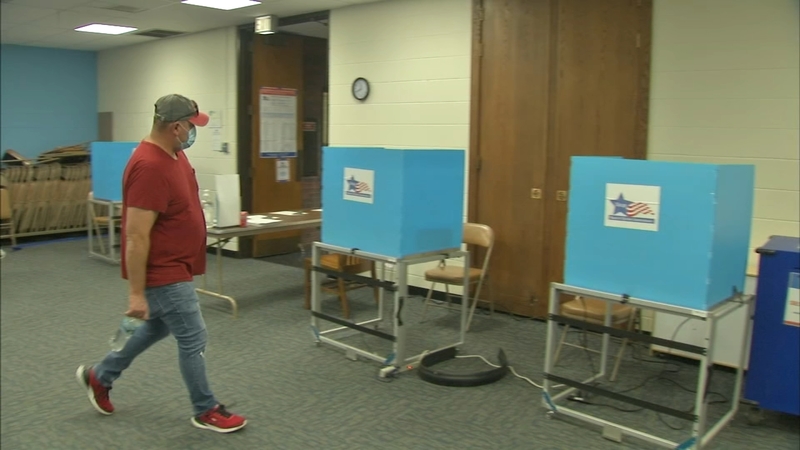 CHICAGO (WLS) -- Early voting just got a lot easier. And though there were a few glitches on the first day that these new polling places were open, voters now have many more options to cast a ballot before Election Day.

Early voting expanded citywide on Monday, with polling places opening in all 50 wards. But voter turnout remains low - something the Board of Elections hopes improves in the next two weeks.

"A voter may choose to vote at any early voting site that is convenient for them no matter where they live within Chicago," said Marisel Hernandez, chair, Chicago Board of Elections Commissioner.

Voter turnout is typically low during primary elections, but there are extra factors that could be at work this year.

"They moved the primary several months away from what people are used to," ABC7 political analyst Laura Washington said. "People vote out of habit. They have a lot of familiarity. If there's not a primary when they expect it, they may overlook it, they may not to be focused on it."

Early voting could also have been hurt at the two superstations that opened May 31 by so many people still working from home and not coming downtown. The barrage of negative TV ads in many races also may have turned voters off. And then there are the polls suggesting in some key races, many voters are still undecided.

To encourage early voting, the Chicago Board Of Elections has now opened all of these additional polling places in every ward, hoping to get more people off the sidelines and into the voting booths.

"Well, I'm headed to Puerto Rico on Wednesday to visit relatives and I won't be back until the 30th, so I won't be here when we have regular voting," early voter Irma Olmert said.

Low voter turnout in the GOP race for governor, for example, could favor conservative Darren Bailey against his closest rival, the more moderate Richard Irvin.

"It tends to favor the candidates who can appeal to the diehard activist voters, the people who always vote in the primaries no matter what, and really buy into their party's messages," Washington said.

In other races, it could come down name recognition with just over two weeks until Election Day.

Voters can cast their ballots at any early voting site, no matter where they live in the city. Those same locations will be open as voting centers on the day of the primary, June 28.